This Haunts Me: Why Is Roy Orbison's "Crying" Always in Apocalyptic Movie Scenes?

It appears at critical moments in "Gummo" and "Mulholland Drive," among others, and always seems to signify something absolutely terrifying. 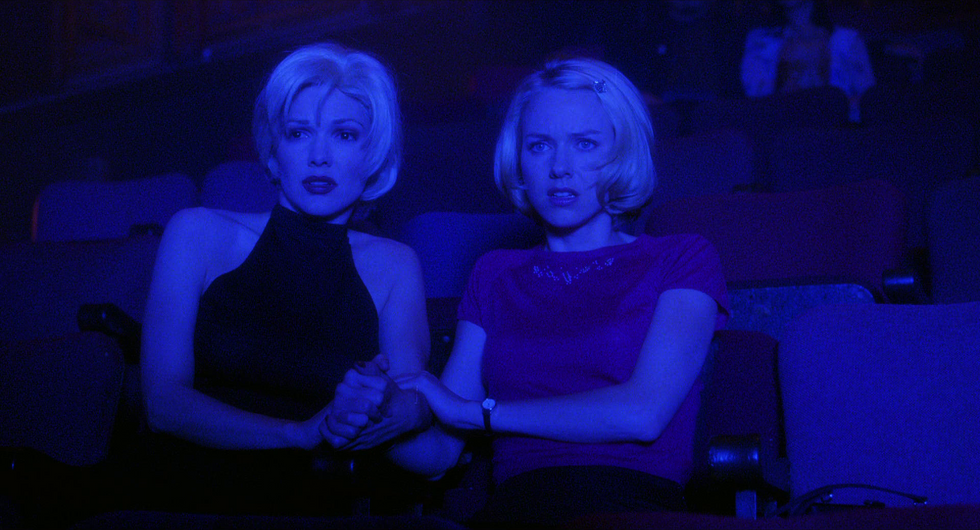 Roy Orbison's "Crying" is one of the most haunting songs I know.

It also appears in the final frames of two of the most haunting films I've ever seen, Gummo and Mulholland Drive. This is probably why I was so struck by the appearance of Orbison's ghost.

OK, technically Orbison didn't come back as a ghost. He starred in his own hologram tour last year, and his reappearance was simulated by a few beams of light refracted through a prism. Still, something about it seemed excessively eerie, partly because Roy Orbison's music has always seemed oddly holographic to me.

Roy Orbison songs sound particularly holographic when used in film, where they tend to exist in stark contrast to the reality of what's actually happening onscreen. The late crooner's songs are the exact sort of dreamy 1950s-style ballads that frequently soundtrack films' violent, disorienting, and apocalyptic conclusions.

No Roy Orbison song is featured more prominently in film than "Crying." The expansive ballad's appeared in dozens of movies, where it usually represents some kind of splintering, some sort of break from reality, or a faded dream that has long since decayed or never existed at all.

"Crying" appears in the final frames of Harmony Korine's Gummo, a gruesome documentary-style film that depicts what one might call the most stereotypical version of Trump's America. Gummo takes place in an Ohio town that has been ravaged by a tornado. Kids spend their days sniffing glue, beating each other up, and torturing animals; abuse is a constant, looming undertone, a cycle that perpetuates itself over and over again. It's a graphic portrayal of destruction and white American rage.

At the very end of the film, a silent boy wearing pink bunny ears (who has been the film's main symbol of ruined innocence) winds up in a pool with two versions of Chloe Sevigny (she plays twins). As the trio collapses towards each other, driven perhaps by some impulse of inevitable self-destruction, "Crying" begins to play. In the next frame, two young boys shoot the carcass of a cat in sync as rain pours down.

The song is so ethereal, with its eerie background vocals, perky violins, and general ghostliness, all of which stand in stark contrast to the desperation, sparseness, and distortion that define the film's characters. The song gives voice to their grief, released to soak everything like the rain, flooding a world where everyone is too numb to care for themselves or each other.

In David Lynch's Mulholland Drive, "Crying" represents the preservation and pursuit of another type of dream—the dream of Hollywood and all it promises. That film tells the story of a woman named Betty who moves to LA to become an actress, only to slowly lose touch with herself. Early on in the film, Betty meets a woman named Rita who has lost her memory, and together, they try to find the key to Rita's past.

Eventually they make their way into a theatre. There, a woman walks onto the stage. There is no band, says a voice in Spanish. The woman begins to sing a cappella, performing a Spanish version of "Crying" that's so devastatingly moving it brings Betty and Rita to tears. Suddenly, the singer collapses, but the song keeps playing, and slowly we realize: It's been a recording all along. There was never any band, never any real relationship between the singer and the audience. The singer was, basically, a hologram, playing out and preserving the artifice of reality while operating on a completely digitized and robotic level.

At this moment, at last the split between reality and fantasy becomes visible. The center can't hold. The artifice of it all—of Hollywood's illusions, perhaps of identity and the characters' conceptions of reality—opens our eyes.

In all of these instances, "Crying" seems to emphasize the washed-out emptiness of the characters who, up until the moment it plays, have been denying the delusion in which they've been living, denying the sadness and decay that lurks at the edge of the brightly lit theaters they've been hiding in.

"Crying" also features in an episode of The Walking Dead, and Orbison's duet with k. d. Lang won a Grammy after it was featured in the film Hiding Out. Another one of Orbison's best songs, "In Dreams," appears in a different Lynch film, Blue Velvet, also in a scene where the singer is lip-syncing. This is why the fact that Roy Orbison starred in his own hologram tour seems so appropriate, and so ironic. Will a Roy Orbison holograph appear on the edge of my bed one of these nights, smiling ghoulishly? At this rate, it truly cannot be ruled out.

I've been thinking about this for a while—the kind of vintage, faux-cheery music that films choose to play during their most violent scenes. I've decided that Roy Orbison's songs belong to a canon of movie soundtrack music that, for lack of a better term, I'll call "apocalypsecore." It's the kind of dreamy, spaced-out music that usually appears to contrast scenes of particular violence, and so it always feels doubly ominous and completely doomed. Like hologram performers, it seems to exist in a state of dissociative denial, always in contrast to reality.

Apocalypsecore music even featured in Titanic as the musicians continued to play their instruments while the liner sank. It played at the end of Dr. Strangelove in the form of Vera Lynn's "We'll Meet Again," which rang out in contrast to the sight of an atom bomb exploding. It played in the ballroom scene in The Shining, as ghosts danced to Al Bowlly and Ray Noble's impeccably ominous jazz number, "Midnight, The Stars and You." In one very creepy art installation I saw at the Oakland Museum, it played on a transistor radio over an installation that depicted an apocalyptic junkyard.

Always, apocalypsecore music is happy and upbeat, outlined with brilliant strings played so loudly that they don't sound so different from screams. It's usually vaguely faded and garbled, and always about an idealized romance. They feel like worn-out carnival rides surging to life again in the darkness, lights twinkling through layers of dust.

Much of this music that was made during the 1950s and early 60s—during the Baby Boomer generation's childhoods (and of course, the boomers are the ones who planted the seeds for the lethal neoliberal capitalism that's currently devouring us all). It's music that comes from the Stepford Wives and tract house segment of the 1950s, the one where capitalism seemed to promise a beautiful future for, of course, only the mostly white middle class. It's music that comes from the burning core of the American dream, which is also the Hollywood dream, the capitalist dream, the dream of beauty and imagined glory.

This was also the time period when Roy Orbison began his successful career. His image was akin to James Dean's cool masculinity, with his slicked-back hair and dark sunglasses; he was an evolved cowboy, and his three-octave voice sounded almost alien. Could that Orbison have imagined that he would reappear as a hologram?

Regardless of his desires, without his agreement, it happened. He (or a semblance of him) was reanimated. His son claimed the hologram tour was intended to grant people who had never seen Orbison the chance to see him live. But as these tours have grown in prominence, with Whitney Houston, Tupac, and Frank Zappa joining the ranks of 3D simulated performers, many people have started to call bullsh*t on the capitalist impulse behind these tours.

An episode of Black Mirror featured a holographic version of Ashley O (Miley Cyrus), a pop star who was nearly euthanized when she began to deviate from her manager's expectations. Black Mirror, perhaps more clearly than any other show ever has, outlines the ways technology is becoming more real than reality. It features another song that contains elements of apocalypsecore—"Right Where It Belongs," a Nine Inch Nails song that I vividly remember listening to on the bus while in eighth grade. This made hearing Ashley O (the real one) play it on the piano, then watching her hologram sing another Nine Inch Nails song with rewritten lyrics, extra surreal. But it was also unsurprising; I long ago realized that I'm far from the only one convinced that the world isn't quite as it seems.

One of the most popular videos on YouTube for "Right Where It Belongs" juxtaposes the quiet song against blurry clips of wartime violence, mostly explosions. Maybe nuclear war is the final stage of the experiment human beings began when we created the earliest technology—agriculture—so long ago, and started our project of accumulating more than we needed at the expense of the world around us. If so, perhaps social media and its algorithms are the beginning of technology's form of nuclear warfare, the final proof that our technology has grown more powerful than we are.

Or maybe we were never that powerful at all. After all, tornadoes have always had the power to destroy us, to rip our homes up like blades of grass, climate change is a visceral reality, and the illusion of man's dominion over all things was always a doomed endeavor.

There is no band. And if or when the world ends, if the floods come for Brooklyn, you know I'll be blasting "Crying" until the final moment.

WATCH: Taylor Bennett on His New Album, Advocacy, and Fatherhood

Pete Davidson Just Wore the Latest Ugly Shoe Trend. And You Probably Have Them In Your Gym Bag