That boy can move. 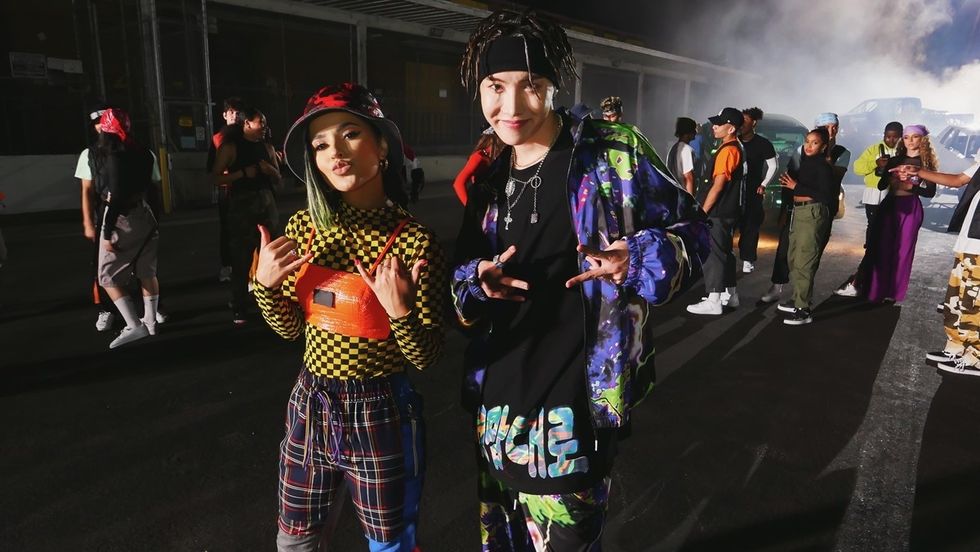 The song pays major homage to Webstar and Young B's classic hip hop track of the same name, which was the first song J-Hope learned to dance to. In their modern version, the chorus is still in English, but J-Hope raps in Korean and Becky G raps in Spanish. The music video also features 50 dancers of different nationalities, making this one of the most diverse, multicultural collabs ever made. No wonder "Chicken Noodle Soup" is going viral.

But the point is: I think it's really important to take a moment to just appreciate J-Hope's hips. Like damn. That boy can move.

Obviously as the dance captain of BTS, J-Hope is an incredible talent. But his hips here are like...next level. Hoseok gyrates with a smooth intensity that probably should be studied by physicists in the name of scientific advancement. He walks like he's literally floating.

Even surrounded by tons of other professional dancers, J-Hope is a beam of dancing light, flowing and flapping like the patron saint of chicken noodle soup. HOW DOES THIS MAN FLOAT?

Okay. I'm done freaking out now. Except no I'm not, because there's also a Chicken Noodle Soup Challenge and now I need to learn the dance, too.

How does J-Hope twist like that? Who gave him those hips? Insane.

Of course, the best part of the #CNSchallenge is that all the BTS boys are going to join in to show their support. In fact, V and Jungkook already dropped their vids.

Related Articles Around the Web
tv

2022 Winter Basics So You’ll Always Have An Outfit

What the Hell, Rihanna?

Johnny Depp will be the first man featured in the upcoming Savage x Fenty fashion show and it's a weird, weird move

Female DJs On The Rise In The NYC Dance Scene

Impatiently Waiting For This To Be The Norm

Why Turnstile Became One of America's Biggest Bands