From her first proper record in 2012 to a hot new EP, Azalea takes no prisoners.

Iggy Azalea rides in the fast lane. Despite severe criticisms lobbed at her head on a near-daily basis, the Australian rapper (real name Amethyst Amelia Kelly) goes hard. Over the past six years, since the release of her 2012 studio record, Ignorant Art, she complete upended mainstream pop. Her 2014 release, The New Classic, gave the market the undeniable smash "Fancy," featuring the melodic stylings of underrated queen Charlie XCX, and would catapult Azalea further into the public consciousness.

She hasn't quite enjoyed a hit quite as ubiquitous since, but her music continues to burn the eardrums with daring and often skull-crushing lyrics. Her spits are as unapologetic as they've ever been, and she's arguably ditched Top 40 aspirations for true-to-form hip-hop that calls out her haters, empowers her fans and serves as a staunch reminder that she's not going down without a fight.

Below, we've compiled our 10 favorite Iggy Azalea songs. Let us know YOUR picks in the comments section.

Arguably the Song of the Summer back in 2014, "Fancy" was the first introduction to Azalea for many mainstream listeners. Along with pop darling Charli XCX, the Aussie rapper made a big splash with her provocative, globe-trotting anthem of empowerment. The hook rings pretty loud and clear, if, you know, her braggadocios style wasn't evident from the start: "I'm so fancy / You already know / I'm in the fast lane from L.A. to Tokyo / I'm so fancy / Can't you taste this gold / Remember my name, 'bout to blow."

Tapping into that tropical house trend, "Savior" is surprisingly addictive. Iggy Azalea does more traditional singing that most of her tracks, which is refreshing and gives the song a bit of weight. "I've been looking for a real one to hold on to," Quavo croons, the world music influence shimmering around his voice. It's fun and a bit on the wholesome side.

The sequel to "Bounce," from 2014's The New Classic, hits harder and longer and is the smash that should have been. "Mo Bounce" is the mid-night ratchet party, and Azalea totally invited us but that got lost in translation somehow. it's the rapper at her most dangerously unapologetic while also remaining deliciously universal and appealing. "Can you hit the switch and pick it up and let the world know?" she flips her tongue, lyrics falling like gems into a treasure chest. We are not worthy.

Despite the criticisms swung her way, there is a certain charm about her earlier work, especially the Reclassified re-up. "We in This Bitch" blurs genres in a way she rarely attempts, culling a throwback '90s funk while bounding forward with a lurch. "I just gave y'all some break time to miss me," she observes, the slink snapping like a rubber band. "So stressed on what's next / My last little bit of success ain't even hit me." 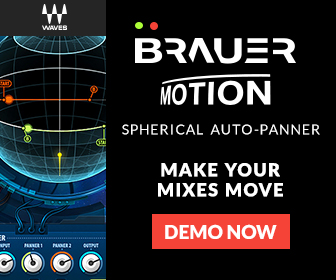 It's the lo-fi approach that makes it even more accessible. The rough edges, around which Iggy Azalea must maneuver with an unwavering hand, allow the song to feel dirtier and twirl and flail on the club floor. When she whips her tongue at truly intoxicating rate, it's pretty clear why she went on to become such a superstar.

For some, "Black Widow" seemed too similar to "Fancy" to really get any traction. That's fair. But "Black Widow" is significantly darker in its lacy production, with Rita Ora's voice heavier in timbre and allowing the song to be even more grounded than its predecessor. Iggy Azalea is a bit more mellow, her lyrics still biting, but there's something rather lethargic about the end result. And we ain't hating it.

Jennifer Hudson makes anything sound great. We're sensing a trend here with bringing on a singer's singer for the very-melodic chorus, but that's OK, especially when you've got someone of Hudson's caliber giving a kiss of approval. Bending big-soul blues with Azalea's classic hip-hop funk, you've got a perfect storm for one of 2014's most irresistible gems. "I should've known you were bad news / From the bad boy demeanor, and the tattoos," Azalea spits, setting up the storyline of lover gone awry.

With her first new project in nearly four years, Iggy Azelea goes for broke with her Survive the Summer EP, flipping lyrics, webbing darker production and spinning in the club as she downs shot after shot. "Kawasaki" is a smoldering chiller that doesn't skimp on the slickness and incisive tear-downs. "Let me feel myself / Yeah, daddy, know I'm cocky," she spits.

"Don't Need Ya'll" witnesses the predominantly brash, hard-skinned rapper showcasing a more intimate, vulnerable side to her persona. From the song's generally cool demeanor to Iggy Azalea's heartfelt luminescence, the performance is as unforgettable as it is unfussy. She resigns herself to the fact that detractors will always claw at her success, and while that sting is hard to medicate, at first, time will heal it all.

Curling around glitchy synths and other electronics, Iggy Azalea just does her thing in all splendor. She throws her voice at the wall, and its sticky tentacles climb into the rafters and unleash utter bedlam. "Team" mixes the hook of true power-pop with Azalea's reliable slither-spitting lyrics.

Jason Scott is a freelance music journalist with bylines in B-Sides & Badlands, Billboard, PopCrush, Ladygunn, Greatist, AXS, Uproxx, Paste and many others. Follow him on Twitter.