People were excited to see these films at SXSW; later this month you'll be able to stream them at home.

When SXSW was officially canceled in early March, dozens of filmmakers were left with nowhere to premiere their movies.

Luckily Amazon has stepped up, offering an online film festival for free to its Prime members (and to people who sign up for a free Prime trial just for this event...). The festival will last ten days and is expected to begin sometime this month. While an official start date and lineup have yet to be announced, it's not too soon to get excited for some new movies at a time when we're all pretty desperate for something to watch. While we'll have to wait and see which ones make Amazon's cut, these are the movies that had people excited for SXSW. 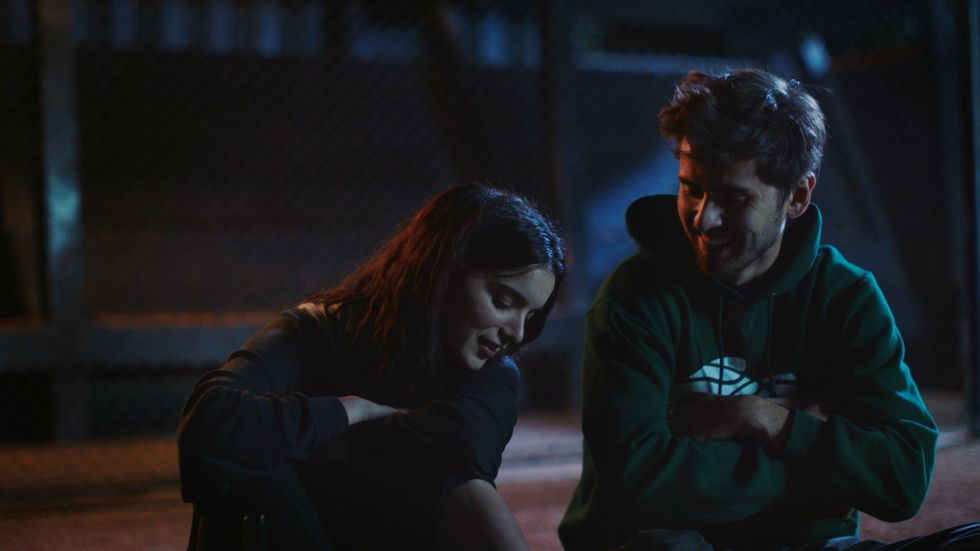 22-year-old Cooper Raiff wrote, directed, and starred in this coming-of-age romance. Telling the story of two college Freshman struggling to navigate the world away from home, it was made on a shoestring budget. Critics have praised it for its awkward sincerity, and on Tuesday it was announced as the winner of SXSW's Grand Jury prize for Best Narrative Feature.

An Elephant in the Room 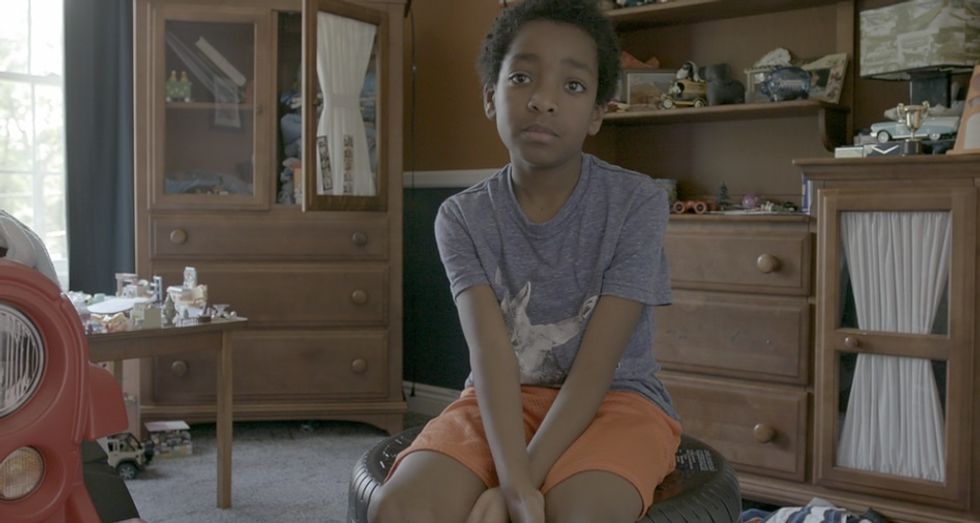 An Elephant in the Room documents the lives of children dealing with the death of one or both parents. Director Katrine Philps takes viewers into the Good Grief community where children learn how to process loss and support one another through life's most difficult experiences. A deeply moving portrait of childhood under trying circumstances, An Elephant in the Room won SXSW's Grand Jury prize for Best Documentary Feature.

Lapsis is a dystopian sci-fi dramedy written and directed by Noah Hutton. The story follows Ray, a down-and-out blue-collar worker from queens who is depserate to earn enough money to treat his brother's obscure medical condition. When Ray gets a new job running cable for a mysterious and shady tech company, things quickly devolve into chaos and violence. Lapsis has earned critical acclaim for its wry humor and meticulous world-building. 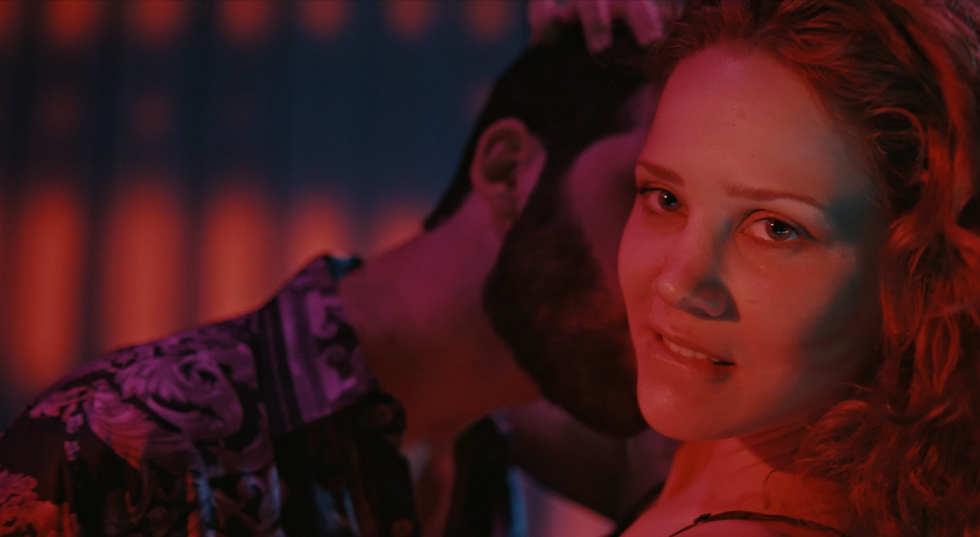 Acclaimed screenwriter and filmmaker Boaz Yakin, well-known for directing Remember the Titans, funded Aviva himself himself to tell a surrealist story that covered questions of gender identity and love, drawing on his real life relationship with his ex-wife. The film has been noted particularly for its use of dance sequences to communicate emotion with the help of choreographer Bobbi Jene Smith.

Do you remember David Arquette from Scream? Patricia Arquette's brother? He used to be married to Courtney Cox? Well, he was also in a terrible movie called Ready to Rumble in the year 2000, which he promoted by briefly becoming a professional wrestler and winning the WCW heavyweight championship in a scripted victory that enraged fans. The backlash from that event, along with some other challenges have led to a distinct lull in his career, but he's ready for a comeback. Directed by David Darg and Price James, You Cannot Kill David Arquette documents the 48-year-old actor's attempt to revitalize his career and redeem himself in the world of pro-wrestling and relaunch his career. Even a heart attack (which he had early on in the project) apparently can't stop him.

Celine Held and Logan George are a directorial team known for their short films, but in Topside they applied their talents to a feature-length story about a young girl and her mother evicted from their home beneath the streets of New York City, and forced to contend with life above ground. It received SXSW's Special Jury Selection for Directing. 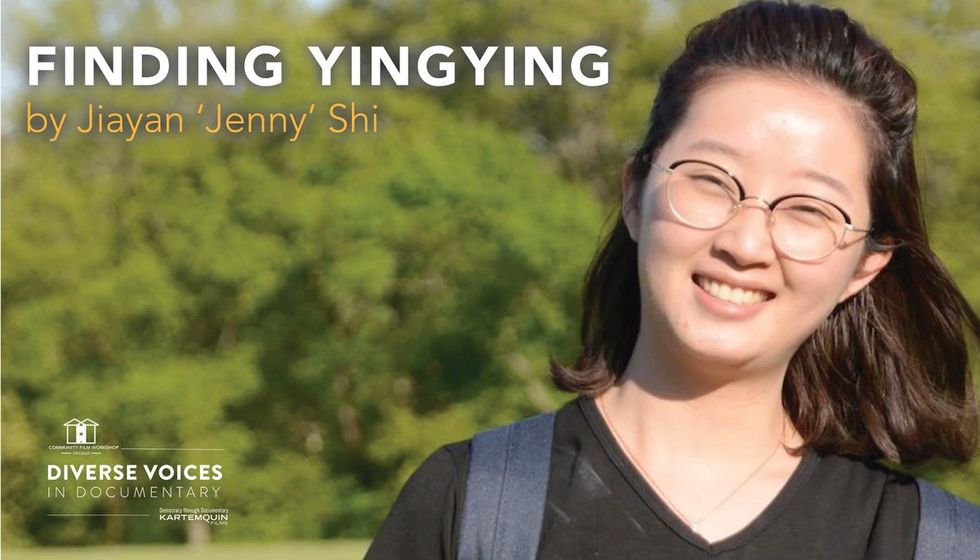 Finding Yingying documents the disappearance of 26-year-old Xhang Yingying from the University of Illinois, and her family's search for her. Directed by Jiayan "Jenny" Shi, Yingying's former classmate from Nanping, China, Finding Yingying follows the Zhang family's struggle to find out what happened to their daughter and to navigate the American justice system. It received SXSW's special jury recognition for Breakthrough Voice.

Shiva Baby is a comedy that follows Danielle, a sex worker sitting shiva with her Jewish family after the death of a family member—though she's not sure which one. Events quickly begin to unravel when Danielle's client shows up at the service and Danielle finds out that there is about his personal life and connection to her father. Writer-director Emma Seligman has earned praise for her debut feature's sharp wit.

I Used to Go Here 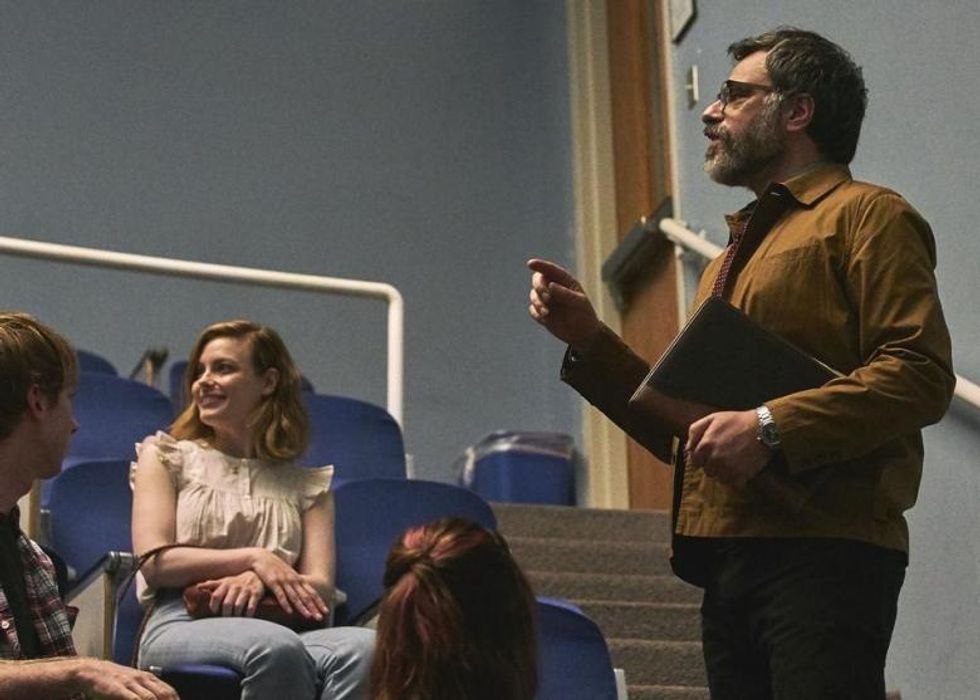 I Used to Go Here is a comedy written and directed by Kris Rey and starring Gillian Jacobs and Jemaine Clement. It follows Kate, an author in her mid-30s whose career and personal life are both falling apart. Amid this turmoil, she's invited to return to her old university to do a reading from her mediocre new book and to briefly relive her college years. I Used to go Here was made with The Lonely Island's Party Over Here production company and has been praised for its relatable, cringe-inducing comedy. 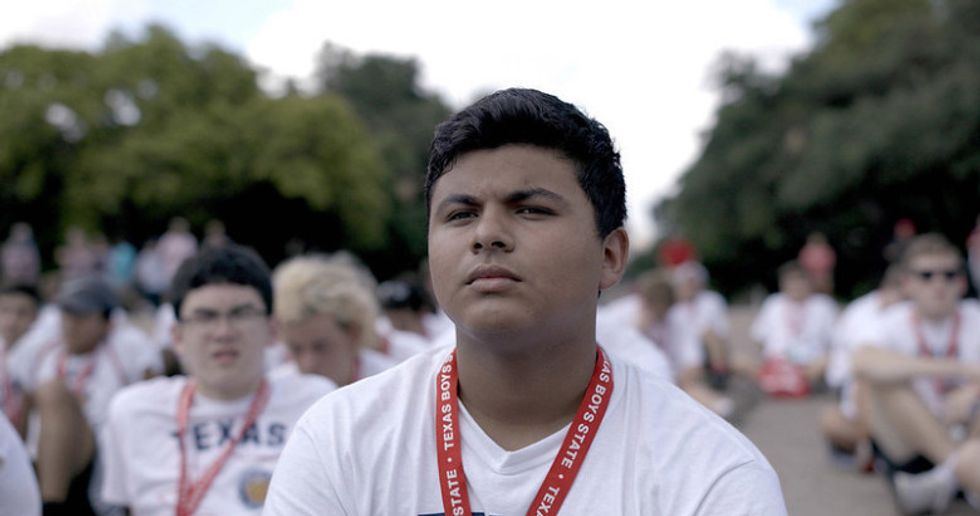 Since 1937 the American Legion has hosted Boys States and Girls states around the US, where young aspiring leaders practice a summer-camp version of politics complete with an election to select their "Governor." Past attendees have gone on to be prominent figures in American politics, including Bill Clinton and Dick Cheney. Boys State follows several participants in Texas' 2018 Boys State event as they form parties—the Federalist and the Nationalist (yikes)—compete for nominations, and ultimately for the governorship. Directors Amanda McBaine and Jesse Moss offer views toward possible futures in the American political landscape that are by turns chilling and hopeful. 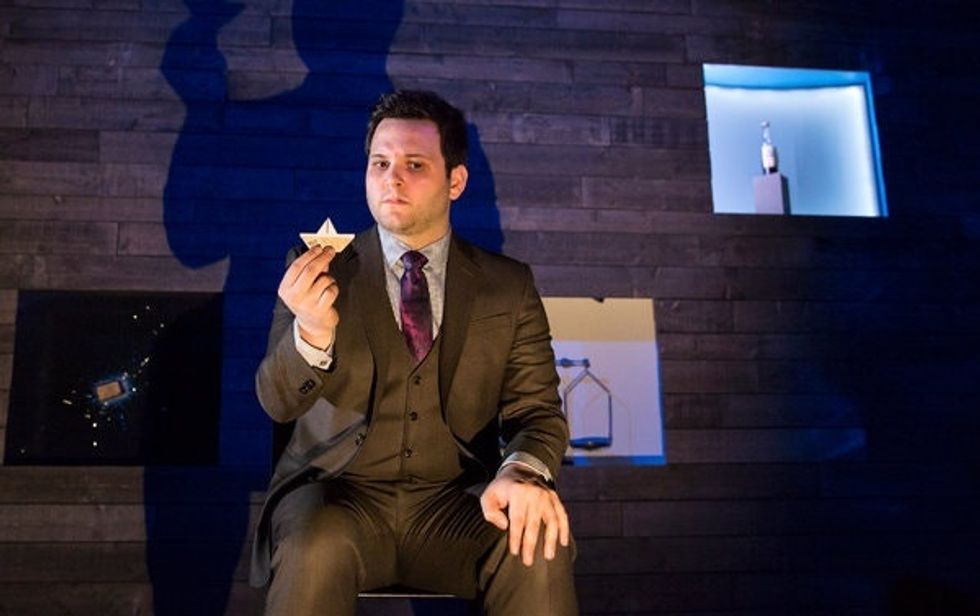 Frank Oz, the voice and hand behind Kermit and Yoda, is also the talented director responsible for The Dark Crystal and The Muppets Take Manhattan, and What About Bob. His latest feature, In & Of Itself, brings the off-Broadway stage show of magician and storyteller Derek DelGaudio to the screen. Blending dazzling illusions with autobiography and existential musings, In & Of Itself has received praise for tackling complex subjects with the aid of magic show spectacle. 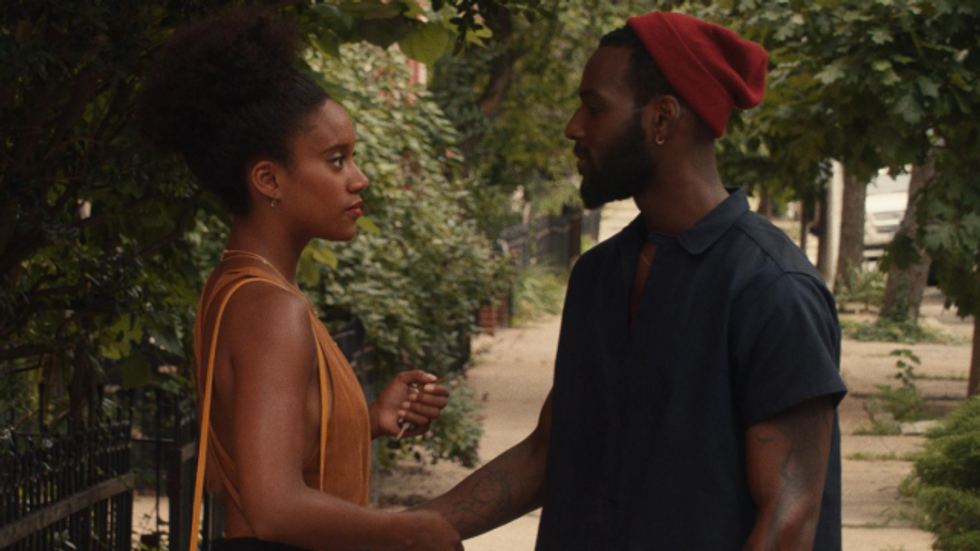 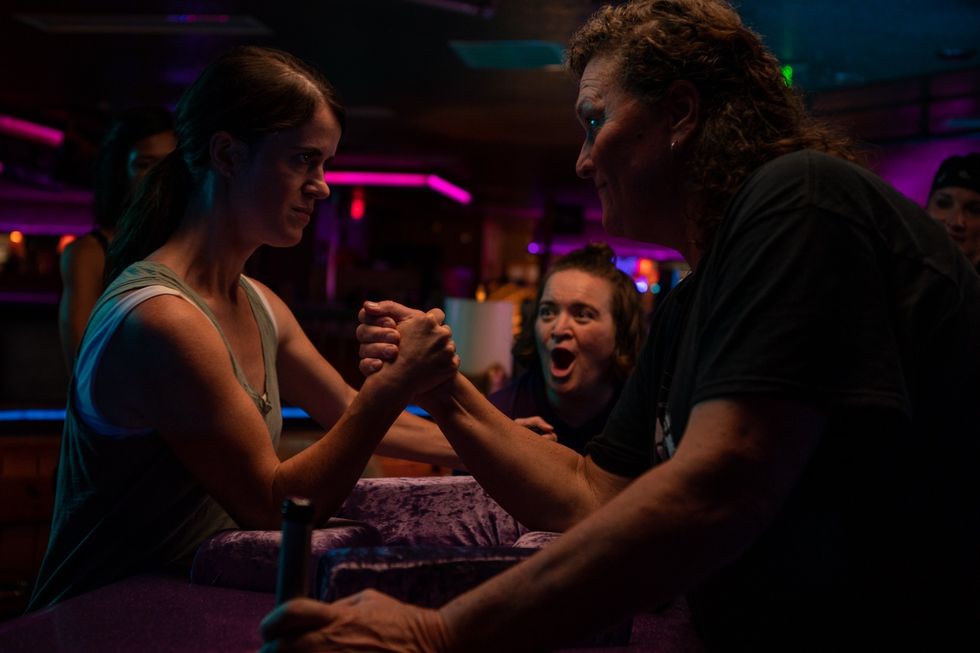 Golden Arm, directed by Maureen Bharoocha, is a comedy telling the story of an unlikely competitor being trained by her butch best friend to enter the National Ladies Arm Wrestling Championship. Golden Arm has been lauded for transforming the familiar buddy comedy formula as a vehicle for exploring themes of women's empowerment. 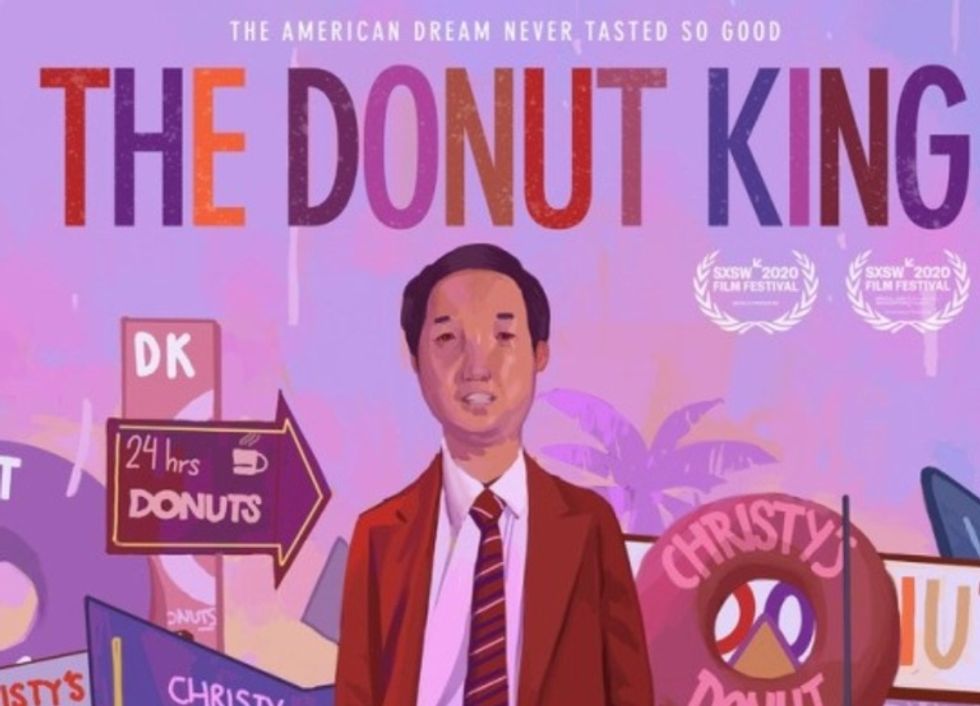 The Donut King is the directorial debut of Alice Gu, and it documents the life of Ted Ngoy, a Cambodian refugee who launched a donut craze in California that ended up supporting much of the Cambodian community in that state. The documentary recounts Ngoy's escape from the Khmer Rouge and his early business success, followed by the greed that led to his eventual downfall and return to Cambodia. The film received the Special Jury Recognition for Documentary Storytelling. 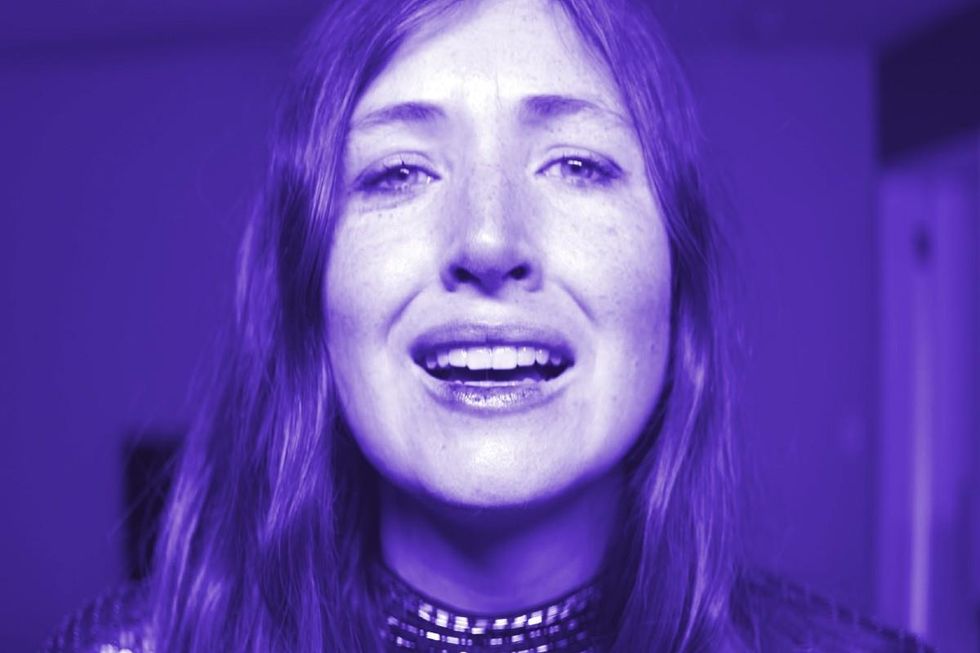 Written and directed by filmmaker Amy Seimetz (Sun Don't Shine and The Girlfriend Experience), She Dies Tomorrow tells a surreal story of contagious self-destruction and mental breakdown—in other words, the perfect movie for our time. As the dazed characters wander LA, the film explores concepts of modern alienation and the dread of mortality in a fragmentary structure that is intentionally disorienting and eerie.

Look out for these films and more to appear on Amazon Prime later this month.

YG Says What We're All Thinking with "F*ck The Police"

The song is loud and braggadocios, and as police assault innocent protestors across the country, YG once again says what's exactly on our mind.

As protests swell across the country demanding an end to police brutality and justice for the murder of George Floyd, YG once again releases a protest song in line with the current political climate.