Not all celebrity siblings are as obvious as the Hemsworths

On April 10th brothers and sisters across America take a brief break from their rivalries to celebrate each other for National Siblings Day. While some famous siblings—Hemsworths and Gyllenhaals and Kardashians—basically come as a set, others are less obvious. Today is the day we look deeper to celebrate all the celebrity siblings we've overlooked. 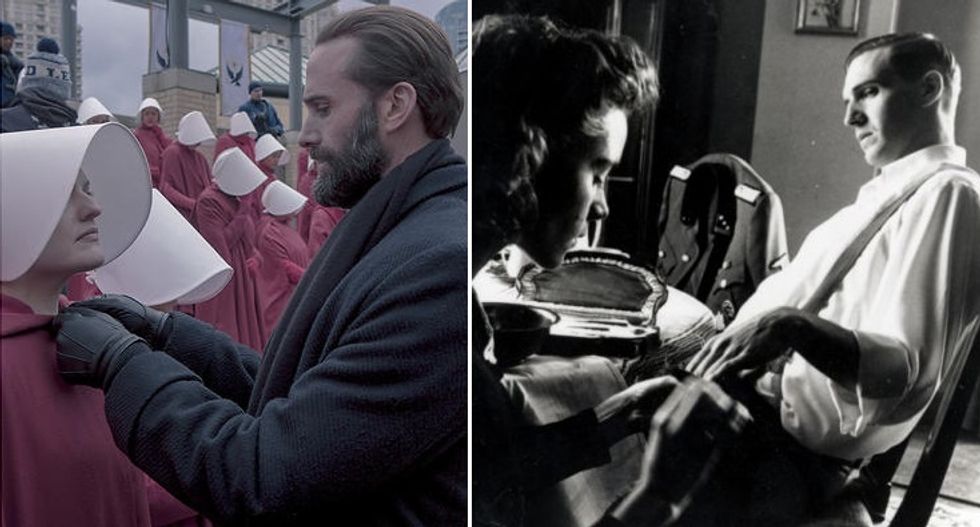 If you had to guess which of these brothers has played a high-ranking official of a fascist state who pursued a romantic relationship with a captive member of an oppressed class who worked in his house...you couldn't. Because the answer is both. In Stephen Spielberg's 1993 classic Schindler's List, Ralph Fiennes portrayed Nazi commandant Amon Goeth, the sadistic head of a concentration camp who develops twisted feelings of "love" for his Jewish housemaid. And in Hulu's hit show Handmaid's Tale, Ralph's younger brother, Joseph Fiennes, plays Commander Fred Waterford, one of the leaders of Gilead, who falls for June Osborne, the captive handmaid who is supposed to bear his child. Weird coincidence, or Fiennes family tradition? 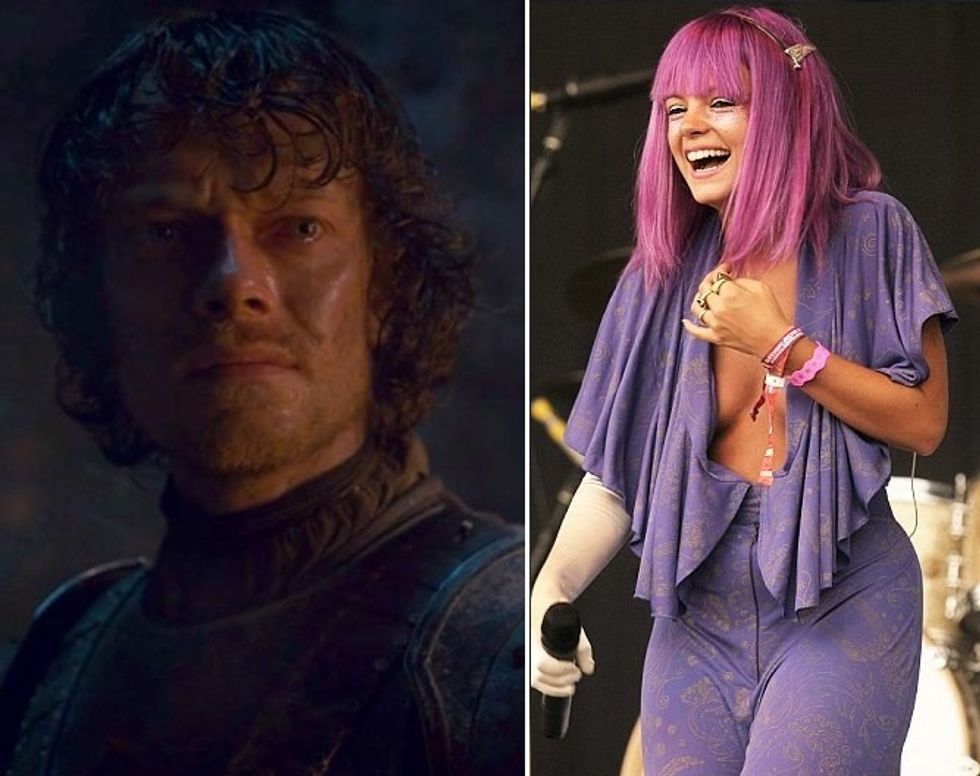 Game of Thrones character Theon Greyjoy is known for having a strong, fearless sister in Yara Greyjoy. And in real life, the actor who plays Theon—Alfie Allen—has a fearless older sister of his own. Singer-songwriter Lily Allen is known for her experimental pop music and her distinctive voice. Yara might not approve of Lily's style, but she definitely appreciate Lily Allen's fearless approach to music with her latest album No Shame. 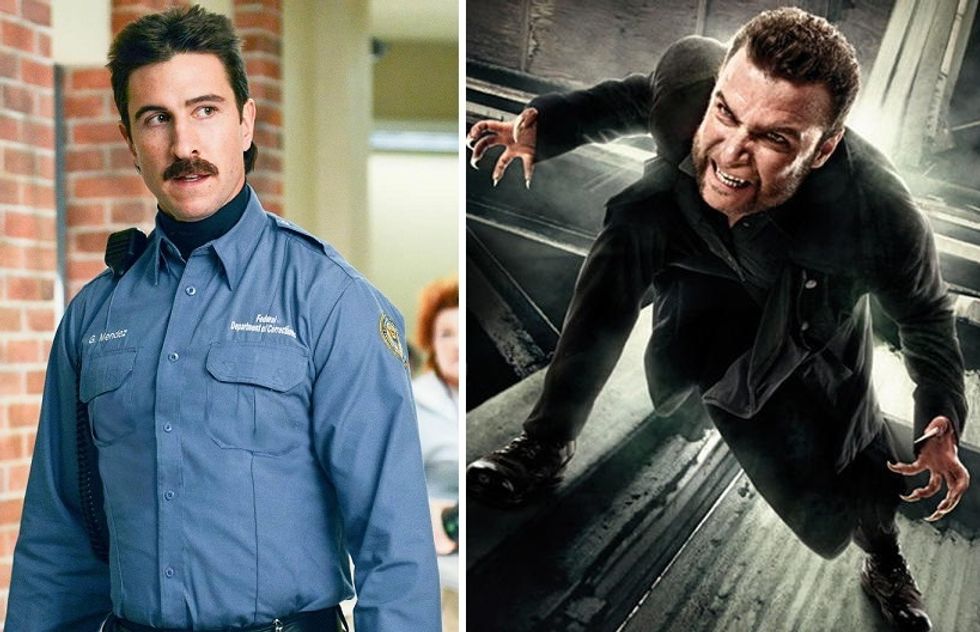 You may know Liev Schreiber as the star of Ray Donovan, or for his portrayal of Sabretooth in X-Men Origins: Wolverine, but if you thought his facial hair in that movie was distinctive, it's nothing compared to his younger half-brother Pablo Schreiber's so-called "p*rn-stache" in the hit Netflix show Orange is the New Black. Pablo is also known for his role as Nick Sobotka, one of the main protagonists in season two of The Wire. 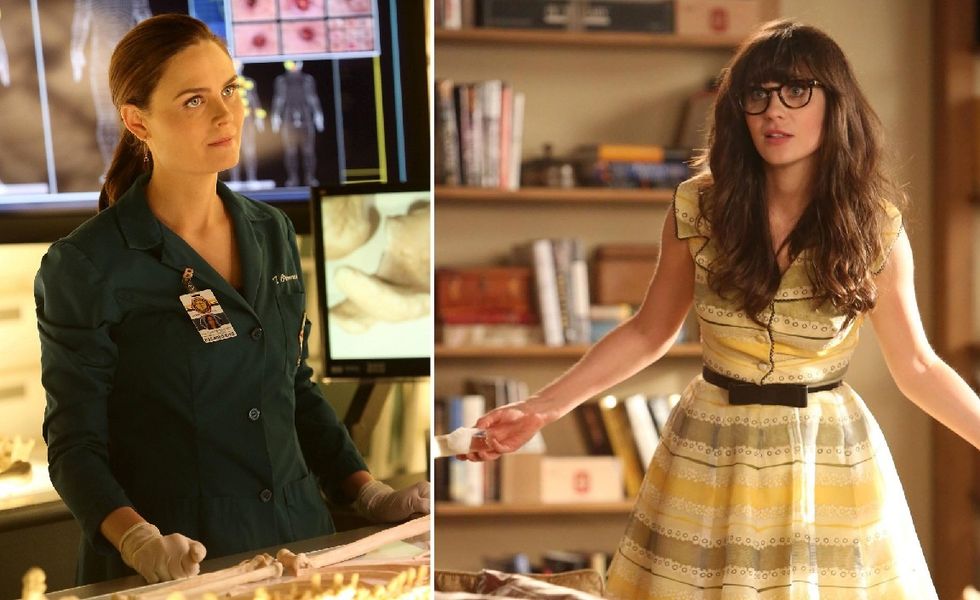 This one is pretty obvious once you know—their piercing blue eyes give it away—but the characters they play are so different that it's definitely surprising when you first make the connection. While Emily Deschanel is known for her role as Temperance Brennan, the almost robotic titular medical examiner on Bones, her younger sister Zooey plays the quirky and colorful grade school teacher Jess Day. 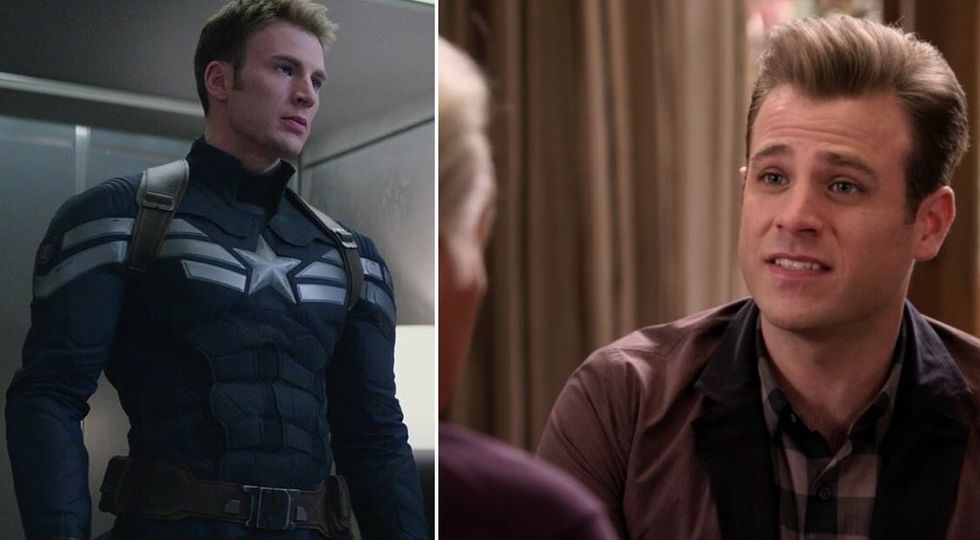 While Chris Evans has been launched to a-list status by his role as Captain America in the Avengers movies, his younger brother Scott Evans isn't quite as well-known. Prior to his role as Sol and Robert's closeted, musical-loving neighbor Oliver on Grace and Frankie, he was best known for playing police officer Oliver Fish on the soap opera One Life to Live.

Lots of people have already pointed out the numerous similarities between 2007's Superbad and the 2019 hit Booksmart. Both movies star a pair of best friends trying to break out of their usual mold and attend a blowout party just before high school graduation, and the parallels don't stop there. But if there was any doubt that Booksmart director Olivia Wilde was making a spiritual successor to Superbad, consider that Beanie Feldstein who plays Molly, is actually Jonah Hill's little sister.