Indie Roundup: Our 5 Favorite New Indie Albums of the Week

Fenne Lily Finds Herself and Questions Everything on “Breach”

The label founder talks music and the 90s Chicago scene.

Carpark Records has been known widely as an industry tastemaker and incubator for budding indie artists for the past decade and then come, but what do you know about the man behind it all? What does it take to create a label that withstands the ever-changing tides of the digital age. Who is behind curating the diverse but stream lined roster of artists on Carpark? He is none other than Todd Hyman.

Todd has seen all sides of the industry it seems. He tells me about his formative years in Chicago. It was the early nineties, he was attending Northeastern University and the scene in Chicago was intoxicating. He calls the time, "an indie music golden era." Many of the influential labels of the time were located in Chicago and inspired the local scene. Hyman recalls being inspired by the likes of Touch and Go who had Jesus Lizard, Big Black, and more signed to them and Drag City who had Pavement on their roster. He recalls seeing Nirvana at The Metro during college and feeling invigorated to make his own music- and that he did. Little did he know, he'd be playing at the same venue years later.

Todd has always been an audiophile and tastemaker in music. In college, Todd worked as a DJ at Northwestern's college radio station which was prominent in the area covering a large part of Chicago. He was going to 2-3 live shows a week and immersing himself in the culture. Around the same time, Todd formed Wendyfix and began gigging around Chicago and around the Northwestern College scene. He says though they played quite a bit, Wendyfix didn't quite fit the vibe of Chicago at the time. While Nirvana had broken the glass ceiling and set a standard of the alt indie rock scene there, Wendyfix was quieter, more introspective guitar music. He tells me it took a long time but a small indie pop scene emerged from Chicago and Wendyfix ended up collaborating with other like-minded bands. Eventually, Wendyfix' hard work and payed off and they got to play amazing venues like The Empty Bottle and The Metro which he mentions felt surreal after seeing so many of his role models play that venue.

At the same time, Todd was working as the Rock Director at Northwestern's radio station. He reflects on a time where email wasn't used for business, so he'd get calls all day long inquiring about radio placements. He remembers his voicemail filling up and having fifty pieces of music to add to their programming a week. In a way, he remembers looking up to Touch and Go and Drag City for their ethical way of operating. Even 50/50 royalty splits with the artists and letting the artists do what they want were some of the amazing aspects of both labels, aspects that would inspire the way Todd would hope to run a label one day. Though he admits, it wasn't totally on his mind at the time. He mentioned that his music taste changed so rapidly that though starting a label was on his mind, he felt like he could never commit to one type of music.

After moving to NYC, Todd finally saw reason to establish Carpark. At the time, he was running a DJ night. He loved the music of so many of the electronic artists that came through and decided to start a label to give them the platform they deserved. Carpark's foundation was sort of a punk DIY version of electronic music. It was reflective of the liberation that came with the ability to start making music on one's computer. After a while of operating as such, Todd mentions he had a little internal crisis over the fact that he started an electronic label, but quickly realized that it's his label and no one would really care if he started signing other artists that didn't fit the profile of early Carpark artists. 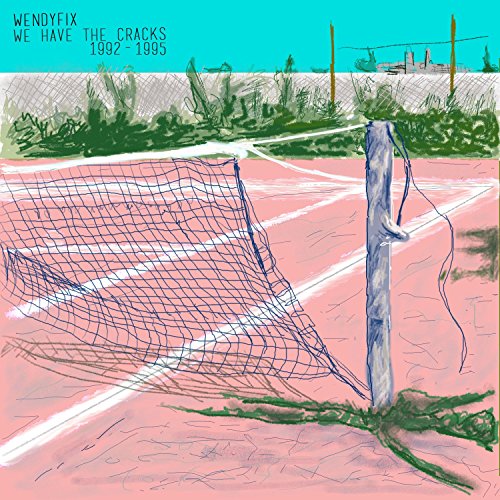 Eventually, Todd and his wife relocated to DC which Todd jokes, was pretty uneventful at the time. While he was in college, he said, DC seemed like the place to be and with the election of Barack Obama, more young people started to move to the city creating more of a scene, but when he first landed there in the early 2000s, not much was going on. Instead, he opted for being a part of Baltimore's scene. His exposure to this scene is the story behind a lot of his artist signings.

For instance, Todd's wife was a part of music lover's message board on crucial.org at the time. There was a guy from Baltimore that always posted his favorite music and Todd came across one of his postings one day. The band he posted about was Beach House and after sending a few emails, he was able to meet with and sign them. The rest seems to be history.

This month, Todd has reissued his former band's music across all electronic distribution platforms. Wendyfix and Remy's songs are now available for stream and purchase at all major music distributors. He offers one piece of advice for aspiring artists: "follow your interests, do what makes you happy." It seems that's always worked out for Todd and we have Carpark Records and a slew of amazing tunes from Wendyfix and Remy to prove it.


MUSIC MONDAY | The Chordaes bring you the best of the '90s

The Infallible Legacy of "Heaven or Las Vegas" 30 Years On

The Cocteau Twins' 1990 masterpiece is still the blueprint for dream pop.

For a band whose lyrics were famously difficult to make out most of the time, the Cocteau Twins left an indelible impact on the world of pop music.

The Scottish trio emerged in the 1980s as some of the most notable pioneers of dream pop, a subgenre of alternative rock defined by airy, sublime sonic textures. But it was their sixth album, Heaven or Las Vegas—which turns 30 today—that truly withstood the test of time, affirming the Cocteau Twins' status as perhaps the most important dream pop act of all time.

European Panel Officially Rules that We Are All Banksy Now

Now that Banksy's "Flower Thrower" trademark has been revoked, anyone can profit off his work.

The guerrilla graffiti artist had engaged in a prolonged legal battle with the small greeting card company Full Colour Black—which was selling products featuring the image of a Palestinian man throwing a bouquet of flowers. But now a panel at the European Union Intellectual Property Office has announced their decision to revoke the artist's trademark on the grounds that he could not definitively prove himself to be the mural's creator.