5 Unsolved Art Crimes Around the World

THE REAL REEL | Not Just For Lesbians

Viewers of One Mississippi are devastated about Amazon's recent decision to cancel the critically acclaimed show, and they should be. This show is nothing but honest, and insightful in a way that so many shows are not. The first season is mostly based on the actual recent events of Notaro's life, and often mirrors the very personal and intimate stories she shares in her book, "I'm Just A Person." Viewers will watch Tig survive cancer, a rare deadly infection, the loss of her mother, and a romantic break-up, pretty much simultaneously. So why would one watch a show with such seemingly depressing overtures? Because you will laugh out loud, and maybe cry too, but mostly, you will look like a dog, who hears a funny unidentifiable noise…cocking your head…ears perked… trying to make sense of what you are taking in, and you wont be able to stop watching, listening, and learning until you do. Tig succeeds in showing us the basic humanity that can be seen in all of us.

Want to know where an androgynous white lesbian and a post-military OCD Step father intersect? Or where a straight white girl can wind up begging a "boy-ish girl" with a double mastectomy to make-out with her? Or maybe where an evangelical evolution-denier can converse with a die-hard agnostic liberal? This show is the place where realistic characters (again, mostly based on Notaro's actual life) from actual diverse backgrounds, intersect. Tig doesn't have to create a reality show, flying in the "token liberal" to come to dinner with the "token conservative." She knows and is related to these people, and they know and love her back. This doesn't mean these relationships are without conflict, in-fact quite the opposite; the conflicting beliefs she engages with are the best part. That being said, she is able to show compassion for all sides, always focusing on each character's humanity.

Even if you haven't had the pleasure of dating a woman whose mother suddenly and unexpectedly passed away (sad to say I have), you will see pieces of yourself in this show. The thing about loving someone who is grieving, is that you get a very specific part of them, one they likely had never known. As their partner, you are grounded in the moment, aware of the bigger picture, able to understand that this time will pass. As the one grieving, they are not aware of all these things. They are floating, trying to understand their loss, wondering what it means to now be motherless, in world where their mother was still in many ways, a home base for them. A love they could go back to, if only metaphorically, if their life didn't work out. Now, they are alone. Except they are not, their partner might be there, still able to focus on other things like rent, and work, and friendships, and eating. This experience will likely bring you closer together… or wedge you apart. Either way, the world continues to turn and Notaro gives us a glimpse of this orbit. 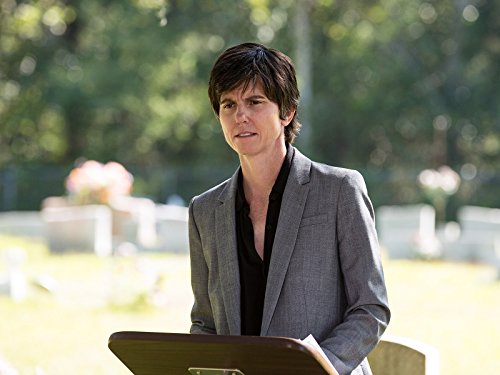 In the same vein as the world continuing to turn among tragedy, Notaro very honestly delves into sexual assault, clearly in a very timely manner. She tells us that many of the episodes about sexual assault were written before the dozens and dozens of industry names were called out, including one of the executive producers on the show, Louis C.K. In fact, One Mississippi, in it's second season includes a masturbation in front of a co-worker scene making it hard to deny a connection to the Louis C.K. events and the episode. During an appearance on The View, Notaro states that she knows and believes some of C.K's victims, and "is relieved" not to be working with him. However, Notaro is addressing sexual assault before #metoo, and before it was common to discuss which celebrity was being called out, over the breakfast table. She is also addressing the complexity of family sexual abuse, the messiness of it, and how it affects family dynamics in general. She shows us how a grandfather can be giving loving shoulder rides one minute, and molesting the next. Again, she shows us the intersection of good and evil, love and hate, and the devastating lack of clarity in-between.

This show isn't about cancer, or death, or being a lesbian, or sexual assault, or make-ups, and break-ups. It's about our un-deniable humanity throughout all of these experiences. It reminds us that none of these experiences happen in a vacuum, or even one at a time, or to one person at a time. One might need to go pee, lose a parent, almost die, change the dial on the radio, recall that they were molested as a child, and fall in love… all at once. We don't get "I'm a lesbian only" days or "Cancer Mondays." In an era that is so politically charged, and so politically disappointing, with fragmented movements and sides to choose, One Mississippi makes picking a side impossible. One Mississippi chooses love and relationships above all, and the rest is the debris one must sort through in order to make sense of it all. Watch this show, I don't care who you are, what your political background, what gender you sleep with, or how many towels you use in the morning (it really can be astonishing how many towels some people use).

THE REAL REEL | What A Catastrophe

How to Help Musicians in the Age of the Coronavirus

South by Southwest is canceled and Coachella is postponed, but smaller artists don't have sick leave.

Best Books to Read While Quarantined

Even while we stock up on water, canned goods, and enough hand sanitizer to drown ourselves in, don't forget to refresh your book collection with an assortment of good reads.

Mike Bloomberg is finally on the ballots, and that's not even the worst part