In a new interview, Kylie Jenner laments the loss of her youth and her privacy as she flaunts her bare ass in a series of fetishistic photos designed to break the Internet.

The conflicted young Reality TV celebrity is having a difficult week.

First, she breaks up with her thuggish older boyfriend Tyga, then makes up with him, repeats the process again, launches a new lipstick kit that crashed her personal website, dies her hair green, and now the raunchy photo-shoot for Interview magazine.

It's just too much for a sensitive eighteen year old girl.

While big sister Kim Kardashian keeps her own butt under wraps due to pregnancy, Kylie has entered the breach with a smaller but no less depressing rear-end aimed at a world audience desperate for new aesthetic insults, apparently.

The new photos, shot by Steven Klein, are an homage to Allan Jones, who famously used sculpted life-like women as coffee tables in 1969. The objectification of women was controversial then, and still manages to offend 46 years later.

Kylie is already being slammed for posing in a wheelchair in the kinky photo spread, just hours after its appearance online. Disability advocates are calling her out for reinforcing the notion that people with disabilities are powerless, and for sexualizing disability.

While the disability community clamors for an apology, Kylie has some bitter words about bullying in the new interview:

Yeah, pretty much ever since I was 9, since the show started, there's been so much bullying toward me. Like, every single day I see something negative about me. And it's just completely torn me apart. I feel like I've lost so many amazing traits because I've listened to stupid people, ignorant people who are bullies.

She will have to brace herself for a whole new onslaught of negativity.

Looking At 17-Year-Old Kylie Jenner's $2.7 Mil House Can Seriously Fuck Your Zen Up

Let's hope she isn't forced to lose any more amazing traits as a result, but this time I think it's fair to say she has only her self to blame. 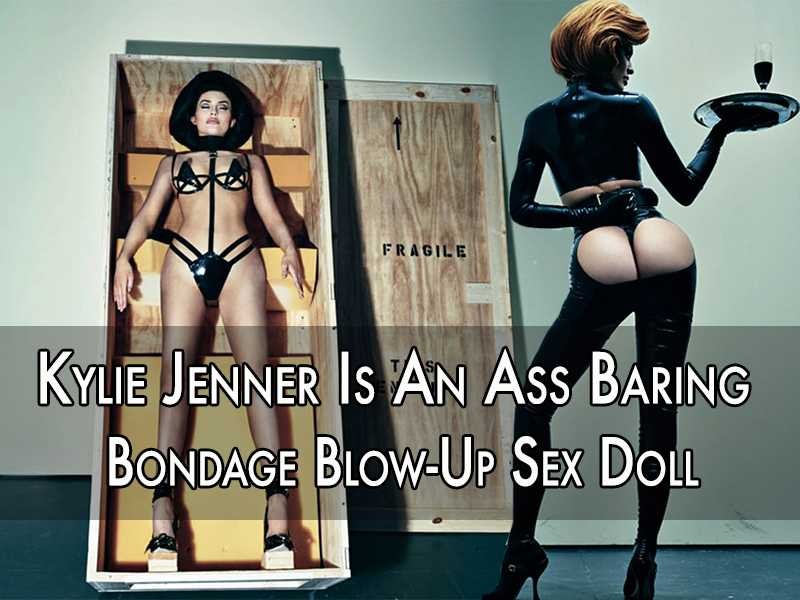 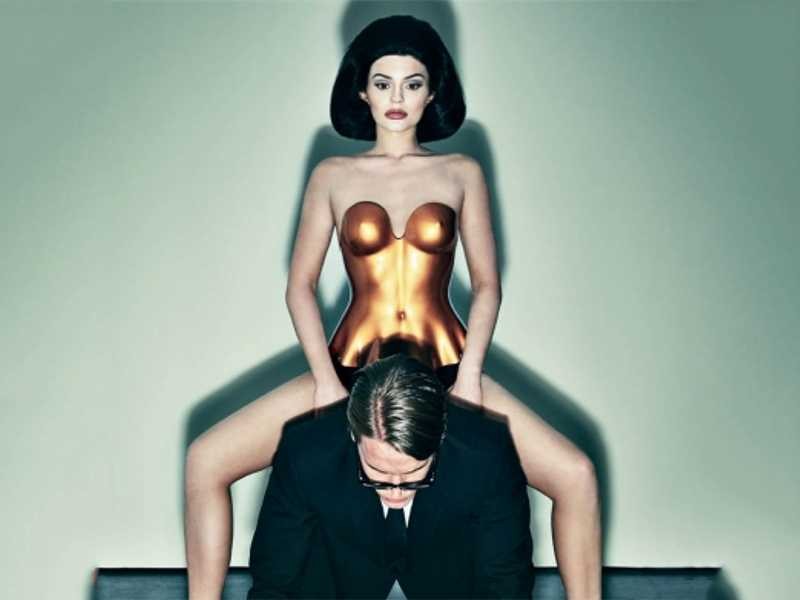 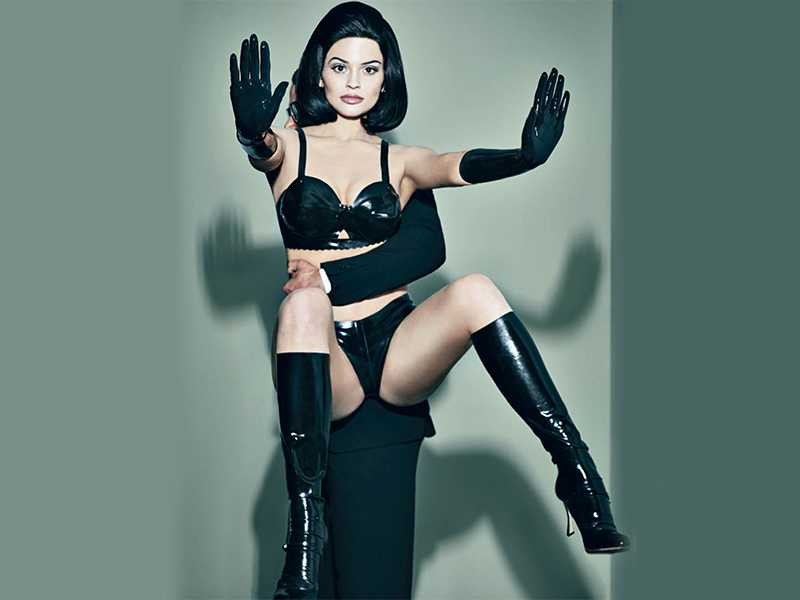 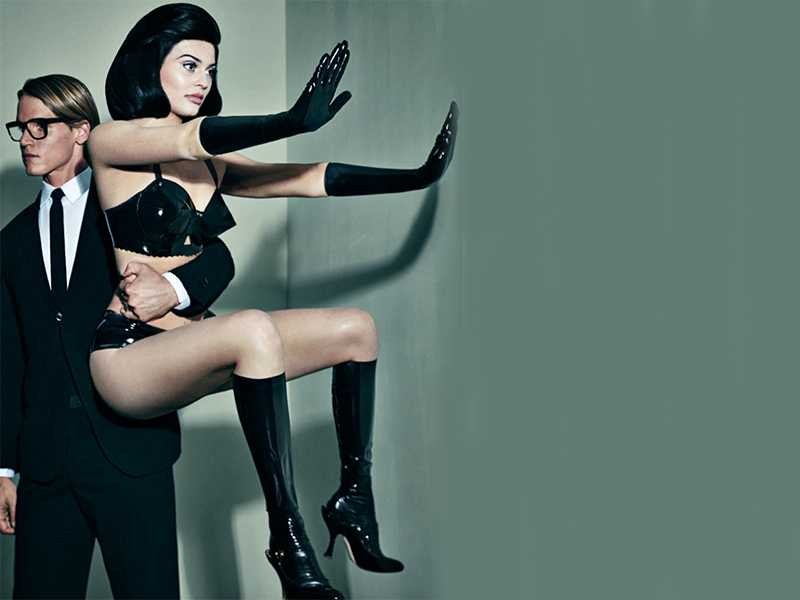 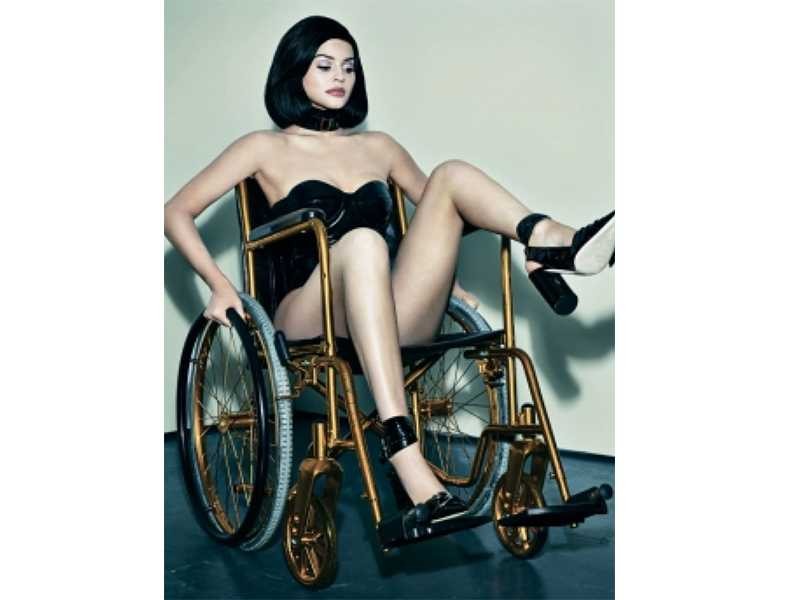 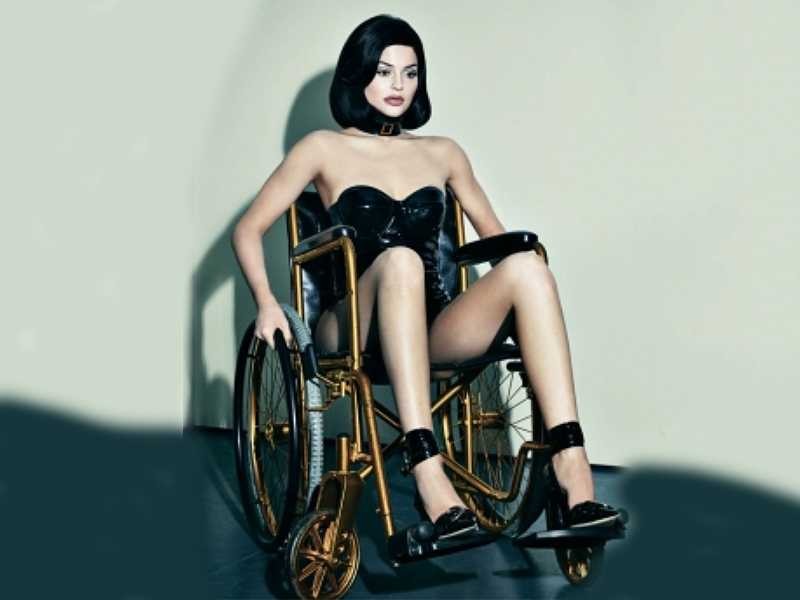 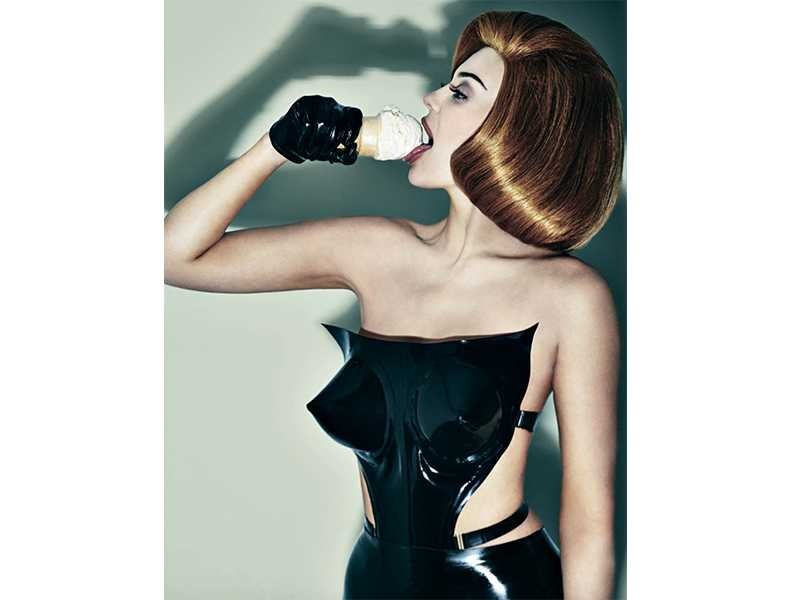 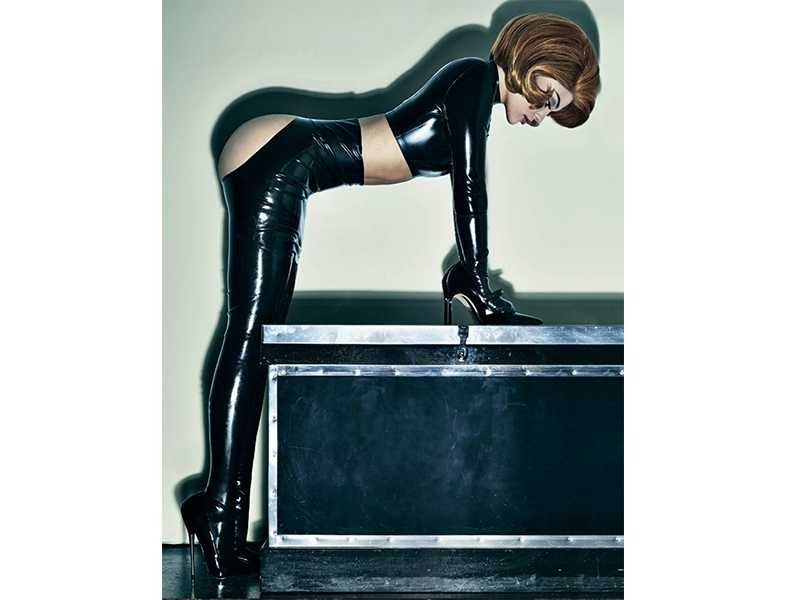 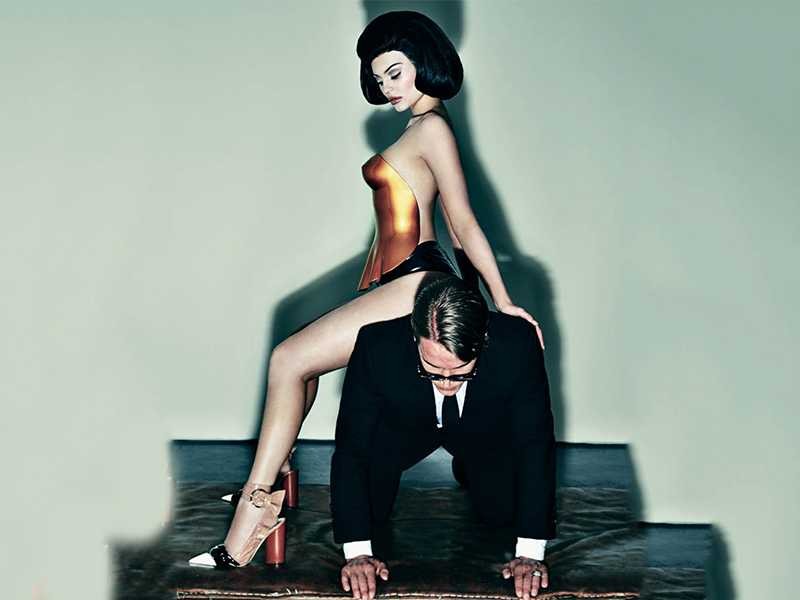 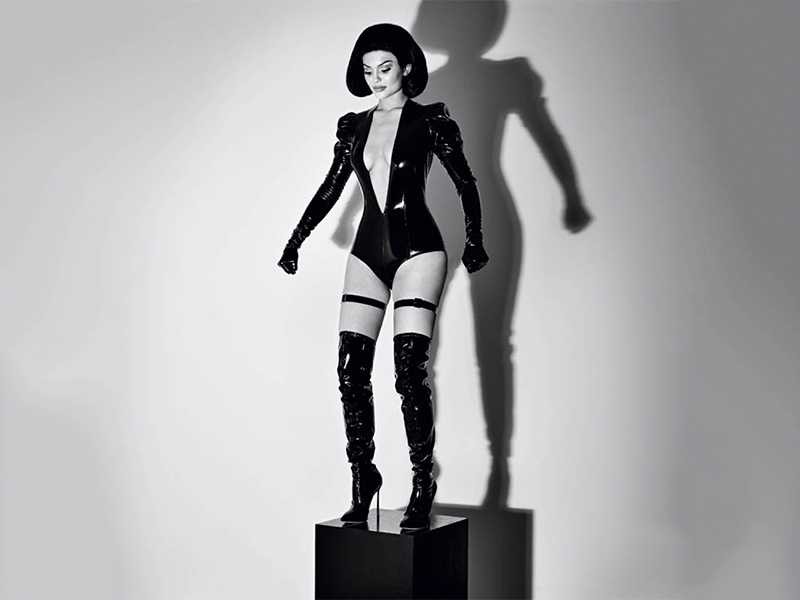 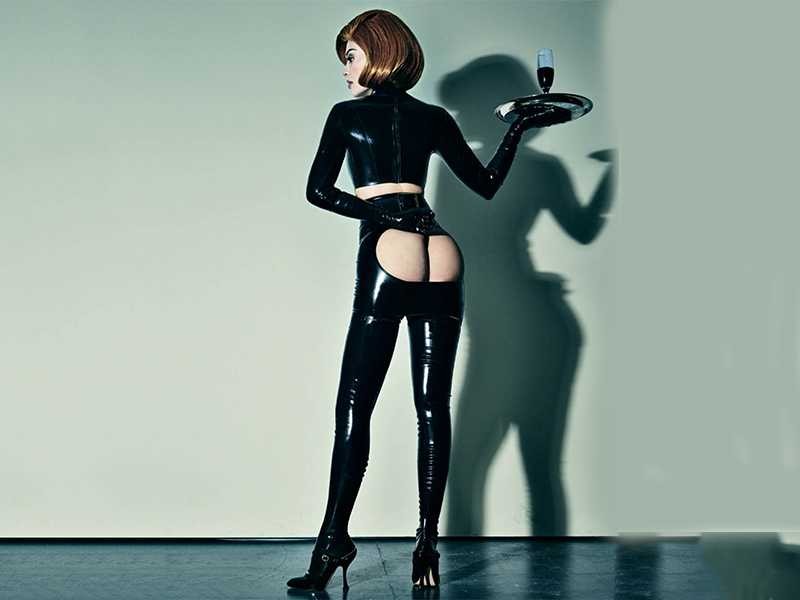 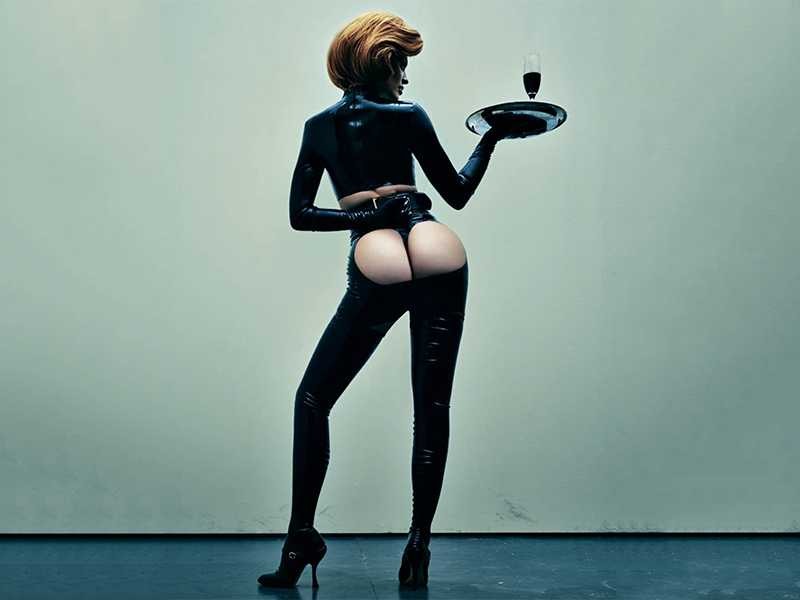 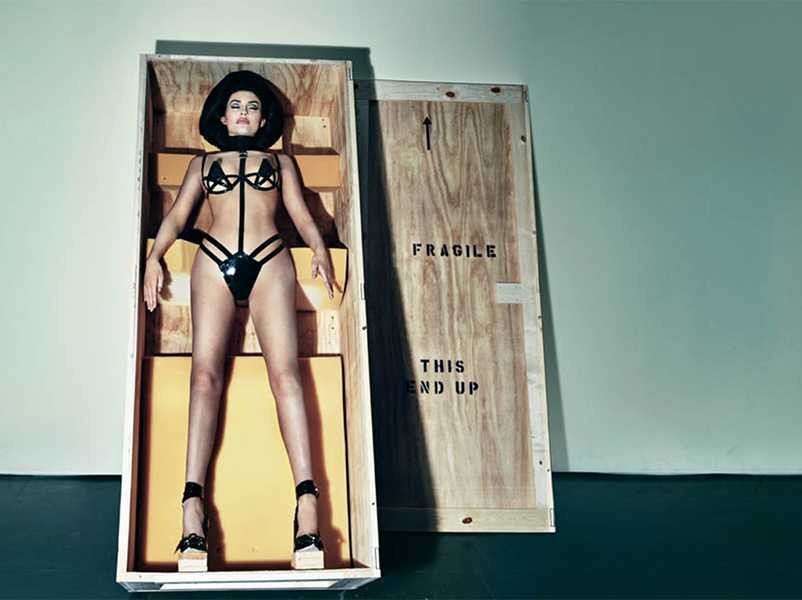 Madonna is letting it all hang loose in a sit down with Interview magazine.

The 56-year-old mom-of-four, goes completely topless in the accompanying photo shoot, and opens up about drugs, God, her kids, and prostitution—Popdust has details and photos.

Madge admits to having “tried everything once” but says as soon as she reached a drugs high, she was immediately over it, and then became obsessed with flushing it out of her system. She claims that a lot of people take drugs to “connect with God” but that it ultimately doesn’t work—and, sounding much more like your regular mom, goes on to warn that drugs will kill you.

“It's about how people take drugs to connect to God or to a higher level of consciousness,” she says, when asked about her new track Devil Prays.

Madonna says she gets inspiration from her children these days—as well as some of her material, “My son came to the studio the other day and said he didn't want to go home. I said, ‘No, you have to go home; it's time for bed.’ And he said, ‘Mom, I feel like I'm isolated from your heart.’ I was like, ‘Oh, that's a good line. I have to use that.’”

Check out the full interview, and photo shoot here 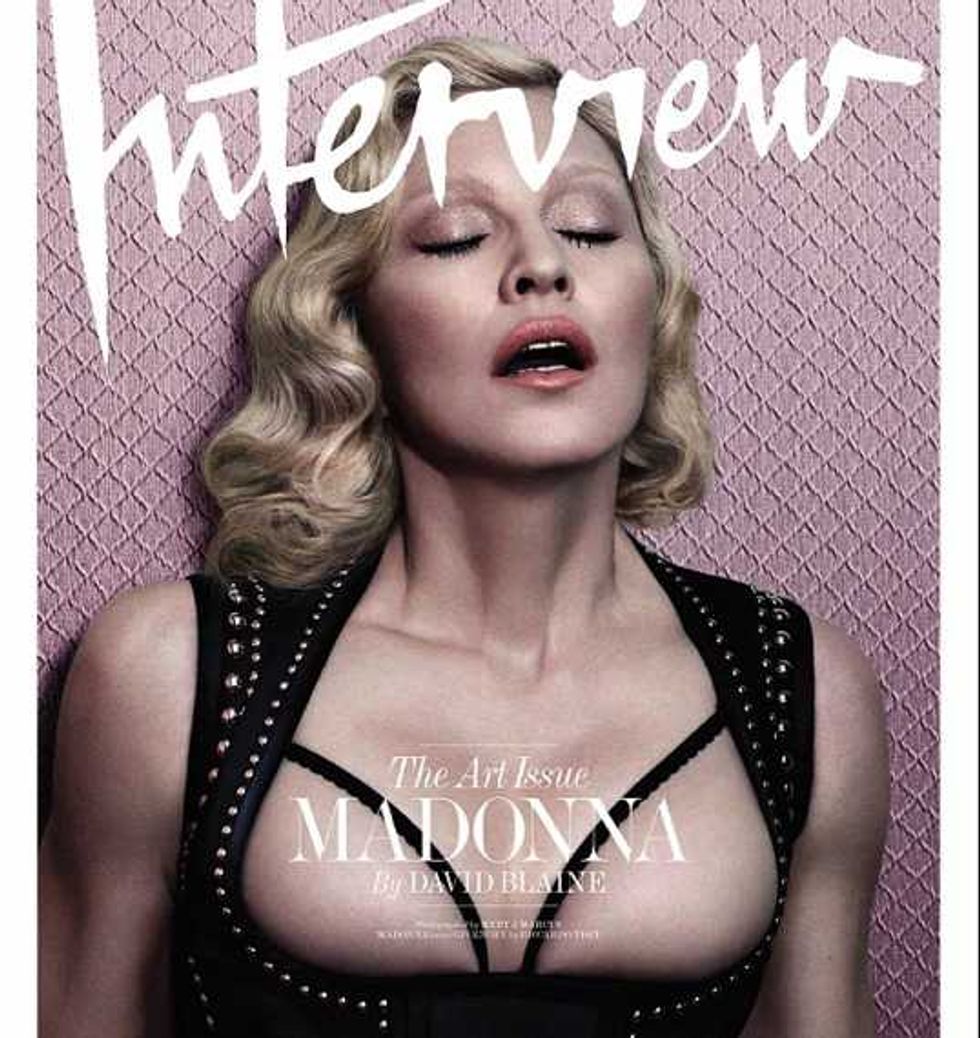 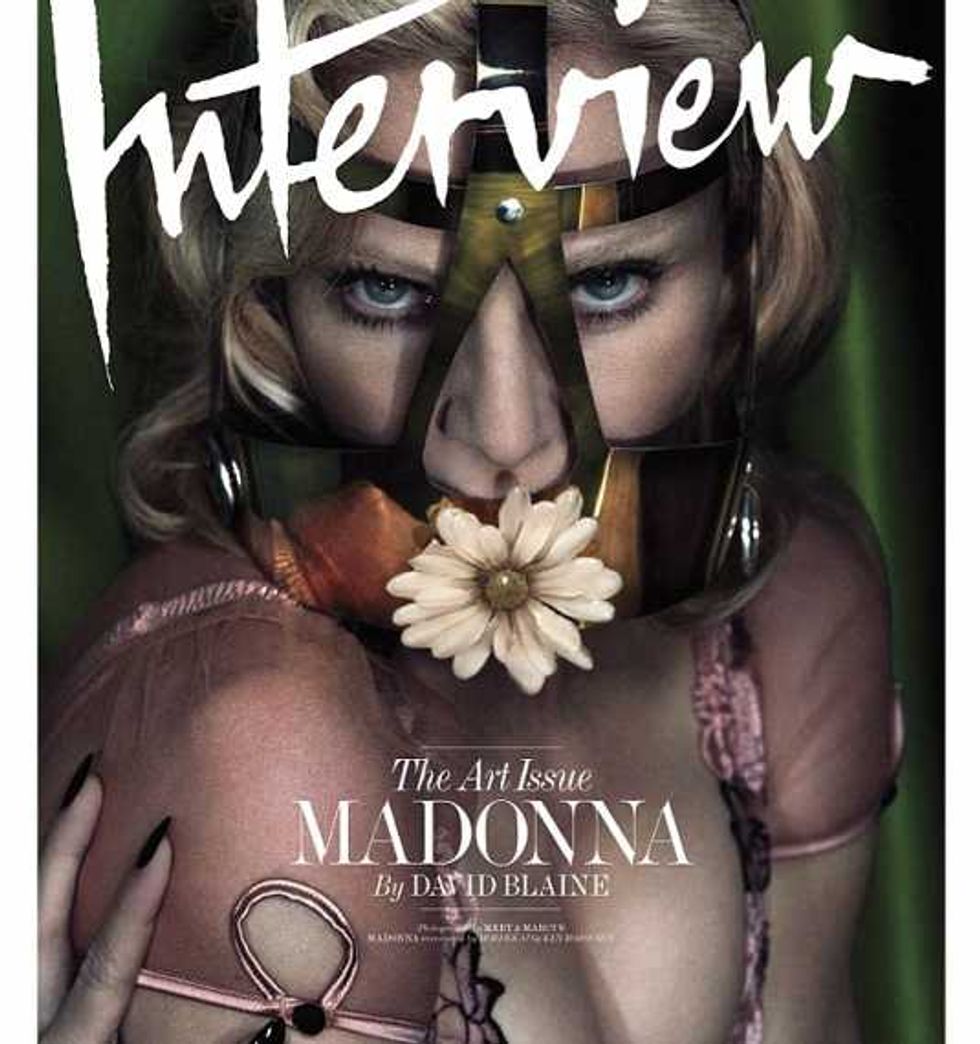 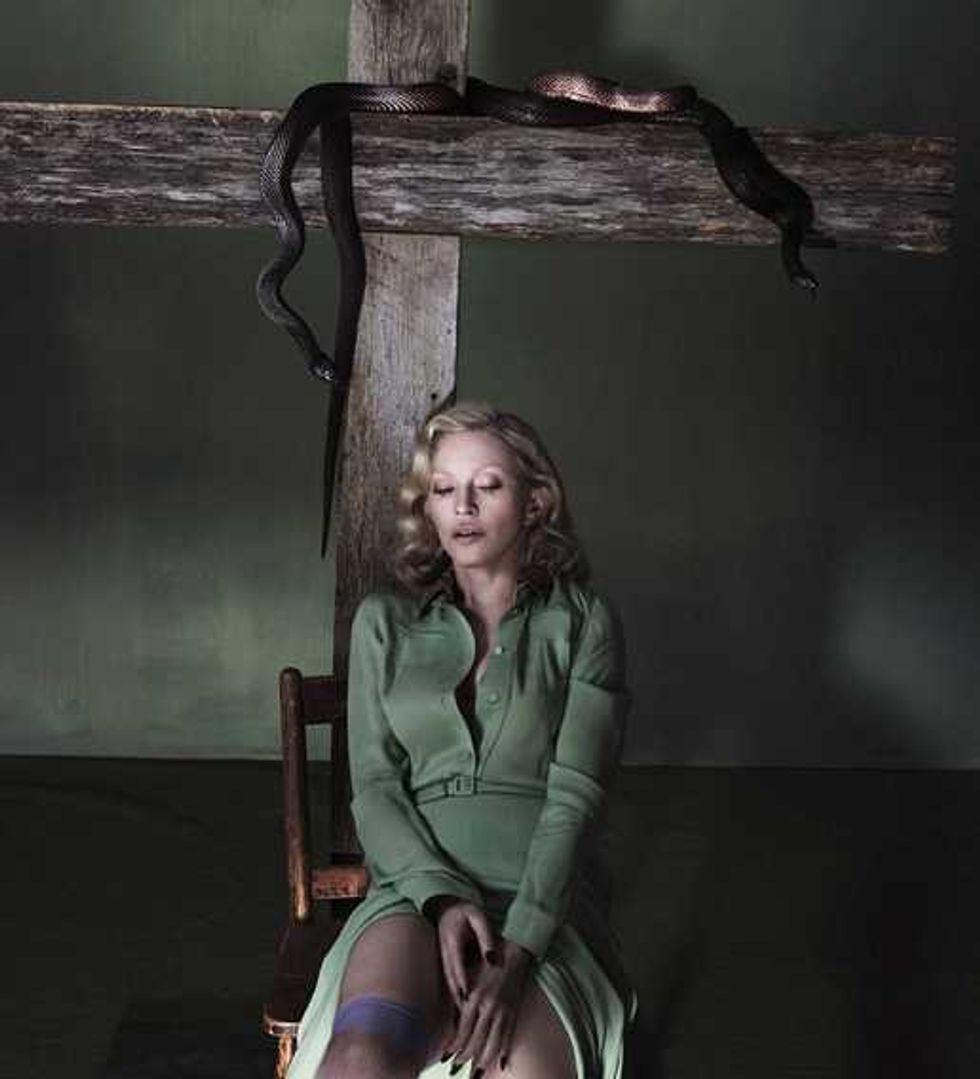 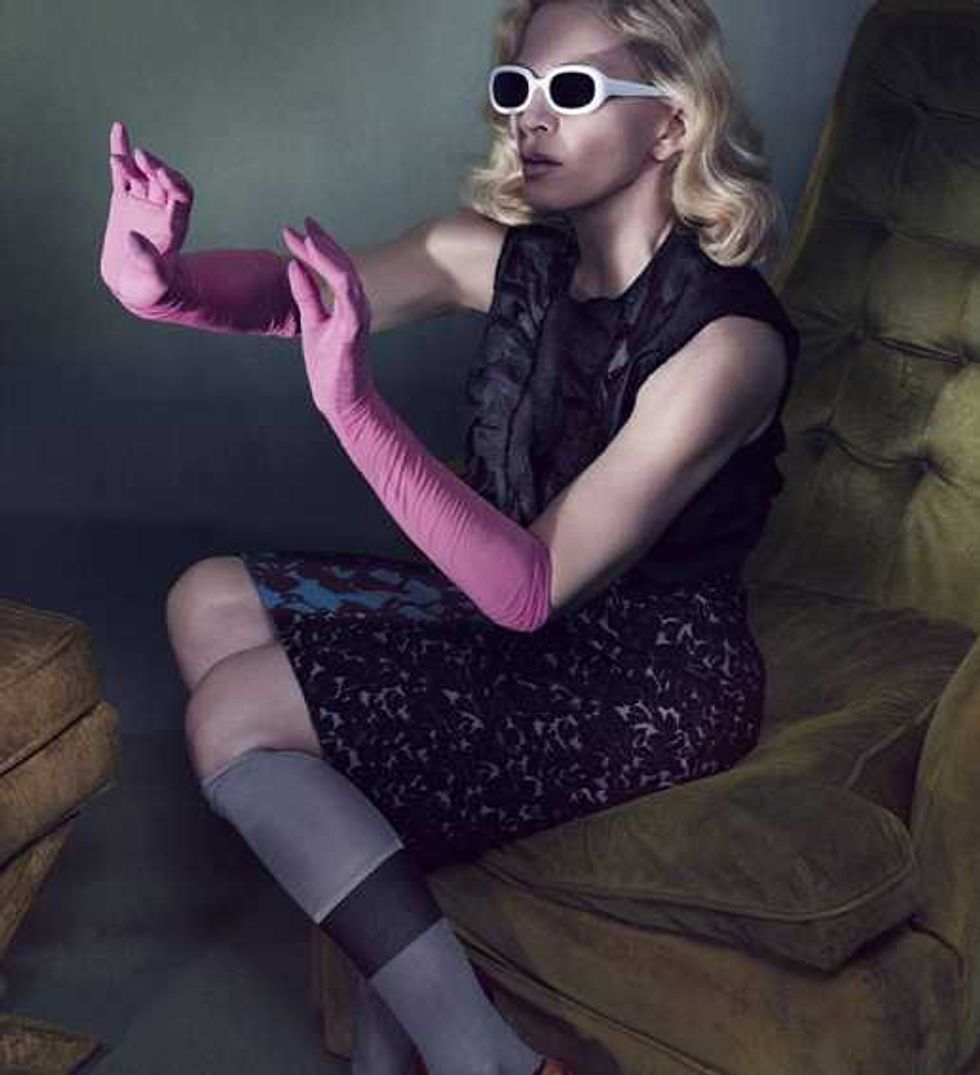 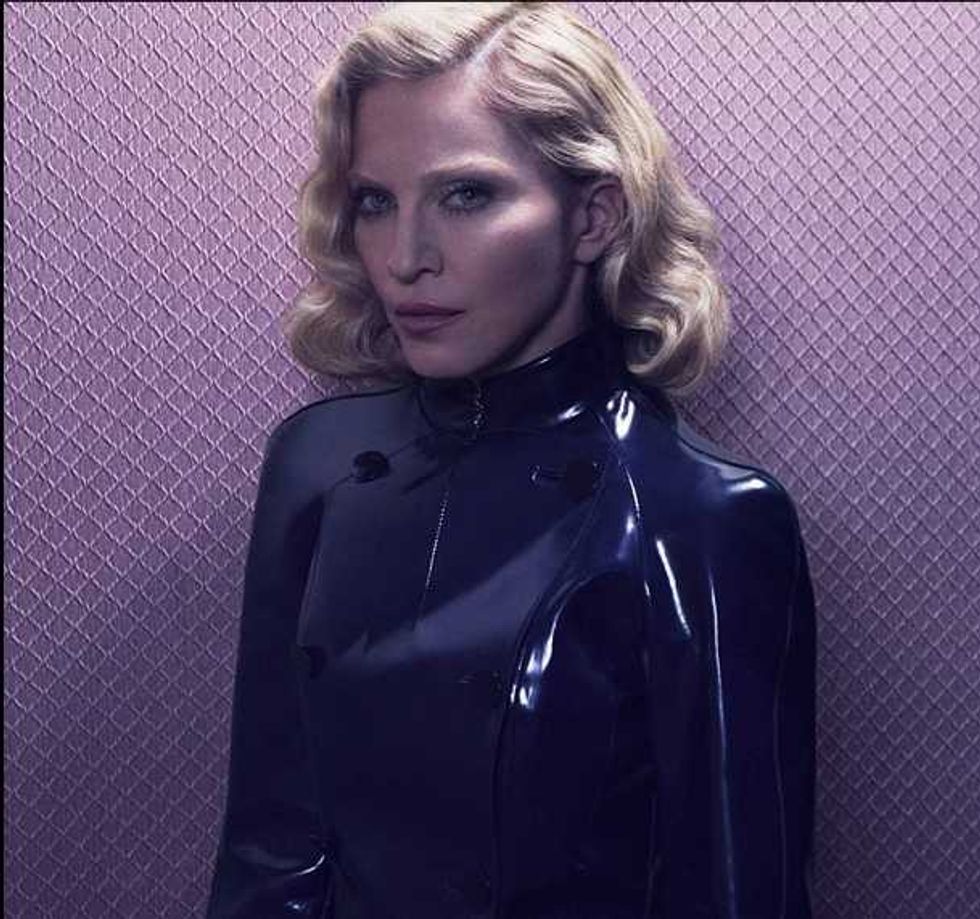 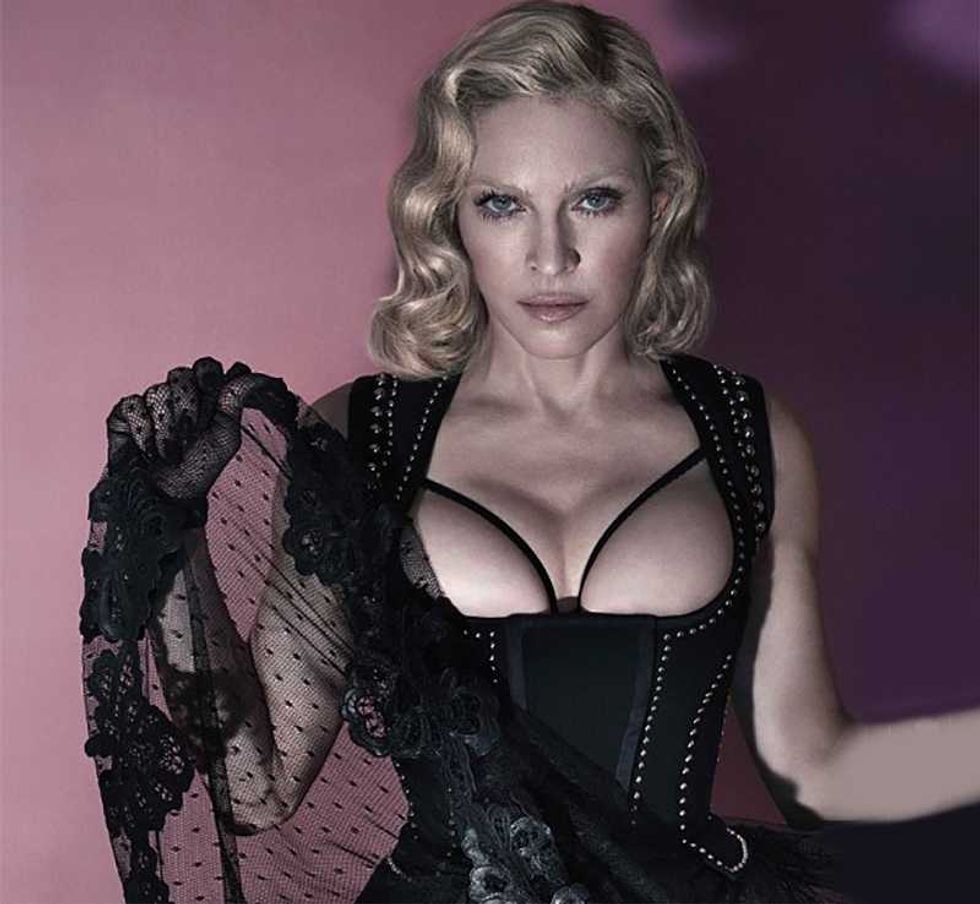 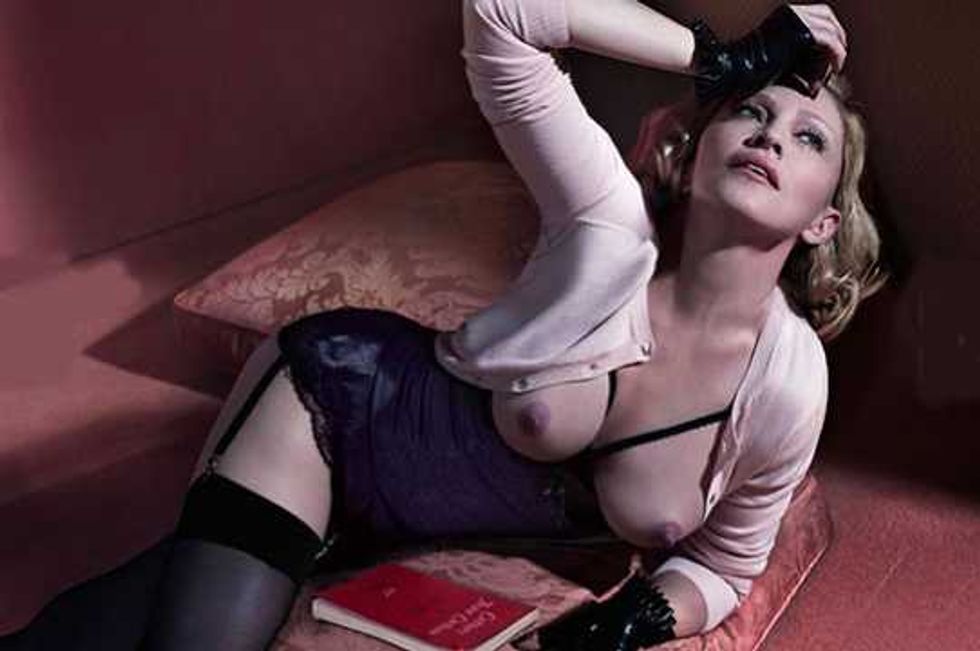 What are you doing this weekend? Wait, don't answer that; we'll probably feel inadequate. But might we suggest something? Something in case you've got an hour or two of downtime between flitting among parties. Something of particular interest to Katy Perry, Azealia Banks and Skrillex, or of in-depth artist features. Check out the highlights, click through for the full things, and make your weekend that much more musical.

In which Azealia Banks gets dubbed a "rearview-mirror dingle-dangle of a woman." But worry not, this feature's a lot better than the now-infamous Lana Del Rey thing the magazine did, largely because Banks is such an on-point interview subject. You could, at this point, spend entire days going through all she's said on debut album Broke with Expensive Taste--which is really impressing considering it isn't even out yet.

When I mused that I probably wasn’t the ideal audience for songs like “212” and “L8r,” Banks observed tartly that half of her fans were, like, middle-age white guys. I suppose I could’ve bridled at this stereotyping: in common with most middle-age white guys, I have delusions of being sui generis — but she speedily set me straight, pointing out that for a long time her songs existed only in the iTunes libraries of record company execs, and that, as I was no doubt aware, most of them are indeed middle-age white guys.

Even Katy Perry skeptics will probably like this interview. Why? Well, first of all, this is Interview Magazine, so another celebrity's carrying out the interview honors, and in this case, that celebrity is Kristen Wiig. Kristen Wiig makes things awesome. But Katy Perry shines equally--turns out when she's given room to talk at length, as opposed to delivering cartoon-smiley statements with a smile and a chest spritz, she's got a lot to say. For instance, she talks about her career-that-might've-been as a Hotel Cafe acoustic act (think Sara Bareilles or Ingrid Michaelson), a certain chicken/backpack incident, her "really fucking dark" upcoming record and her influences like Fiona Apple, Patty Griffin and Edith Piaf. It's all much more fascinating than I expected, and it's starting to make me seriously reconsider my stance on Katy Perry. Really.

I actually started playing in Santa Barbara at the farmers market when I was 13. I’d take my guitar and would test songs out on people there. ... It was more like a very organic, hippie-dippie kind of atmosphere, where on one corner there’d be a violinist with a case where you have money thrown in, and then I would be on the other corner playing my own little original songs and people would throw in pistachios or avocados—or, if I was lucky, a dollar bill. I’m sure along the way I got some kind of hepatitis from a dollar bill being on an avocado." (Ed. note: Mea culpa. Avocado hepatitis qualifies as roots. Also, this post is now the only site on the Internet with the phrase "avocado hepatitis" that isn't full of hepatitis-like viruses, so yay us.)

The interviewer here's also notable, albeit a lot less unanimously loved: Neil Strauss. From that, you can probably gather that this interview's a tad more gonzo. Skrillex wanders around town, has an awkward run-in with a neighbor who doesn't know he's Skrillex, talks about his relationship with Ellie Goulding (it began with fan mail!), grumbles about how he "doesn't want to be anywhere," lets the interview build up to the point where he mentions the drop, then finally gets incoherently drunk.

What do you mean?

"Because what's the point if there's nothing else?" he continues. Evidently, the topic is whether or not there's life after death. "If I woke up tomorrow, and I knew there was nothing else at the end, I'd think, 'Then why am I more significant than the shit she wiped off her ass this morning? Or what difference is there between me and a stuffed animal? Or what makes a serial killer or a rapist wrong?'"

These are deep questions. Worthy of only the finest margarita and highest-grade medical marijuana. He isn't religious, but he does believe in "spirit" and that "we're part of something bigger." He also, as he puts it, "likes aliens."