WTFF?!! Rupert Murdoch And Jerry Hall Are Engaged To Be Married

Rupert Murdoch and Jerry Hall are engaged to be married—after just four months of dating.

Well, we didn’t see this one coming!

The gruesome twosome made their announcement Monday, via a classified ad on the Births, Marriages and Deaths page of one of the 84-year-old Australian-born business magnate’s newspapers, The Times.

Presumably, Murdoch got a hefty discount on the listing—not that he really needs one, seeing as Forbes estimates he’s worth a cool $11.2 BILLION.

Not too shabby, eh?

Murdoch and Hall, who were introduced to each other by the controversial media tycoon’s sisters and niece in Australia, first went public with their romance last October—two years after he finalized his (extremely expensive) divorce from wife-of-14-years, Wendi Dang.

They were photographed smooching in Murdoch’s private box at the Twickenham Rugby grounds in London—after watching Australia get firmly trounced by New Zealand, 34-17, in the world cup final.

A spokesperson for Murdoch tells The MailOnline:

They have loved these past months together, are thrilled to be getting married and excited about their future.

It will be the first marriage for 59-year-old Hall, who is clearly attracted to Murdoch's dashing good looks and abundant charm—she was previously in a long term relationship with Mick Jagger, the father of her four children. The couple underwent a private wedding ceremony in Bali back in 1990, but the marriage was subsequently declared null and void by a British court.

Murdoch has been married a total of three times already—to first wife, Patricia Booker, for 9 years; second wife, Anna Mann, for 32 years; and then to Dang—whom he wed just 17 days after finalizing his $1.2 BILLION divorce from Mann.

The details of Murdoch and Dang’s divorce settlement are confidential, but it’s been touted as “the world’s most expensive” and is believed to far exceed that of his previous ones.

Breaking Up Is Hard, But Facebook Wants To Soften The Blow

Congratulations to the happy couple!

Let’s hope Murdoch has an iron clad prenup in place before he walks down the aisle this time round. 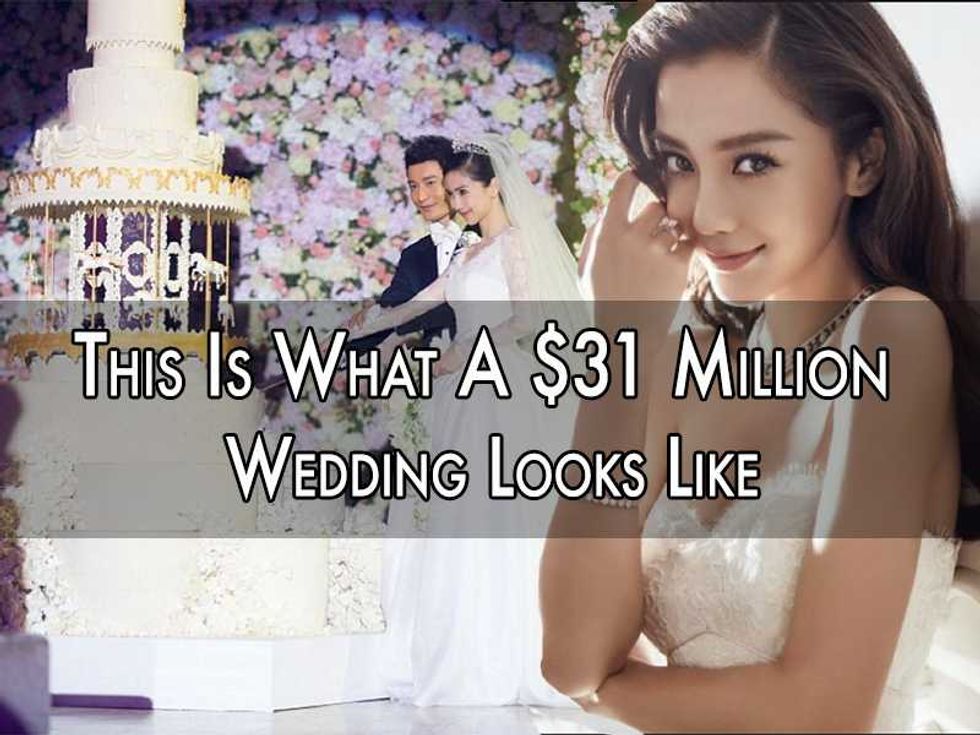 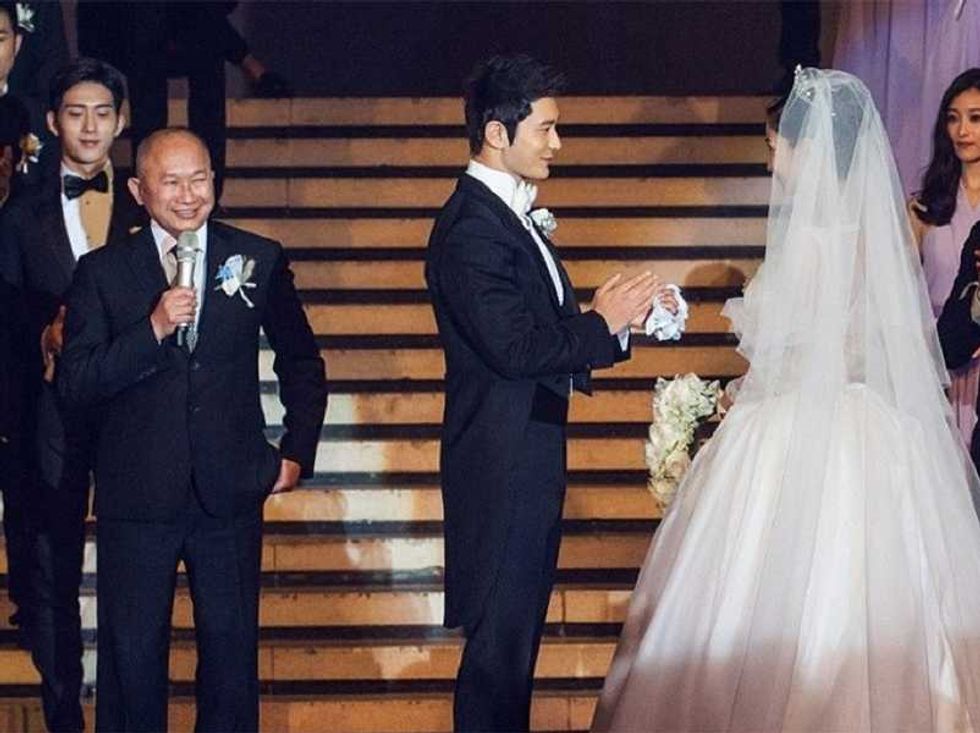 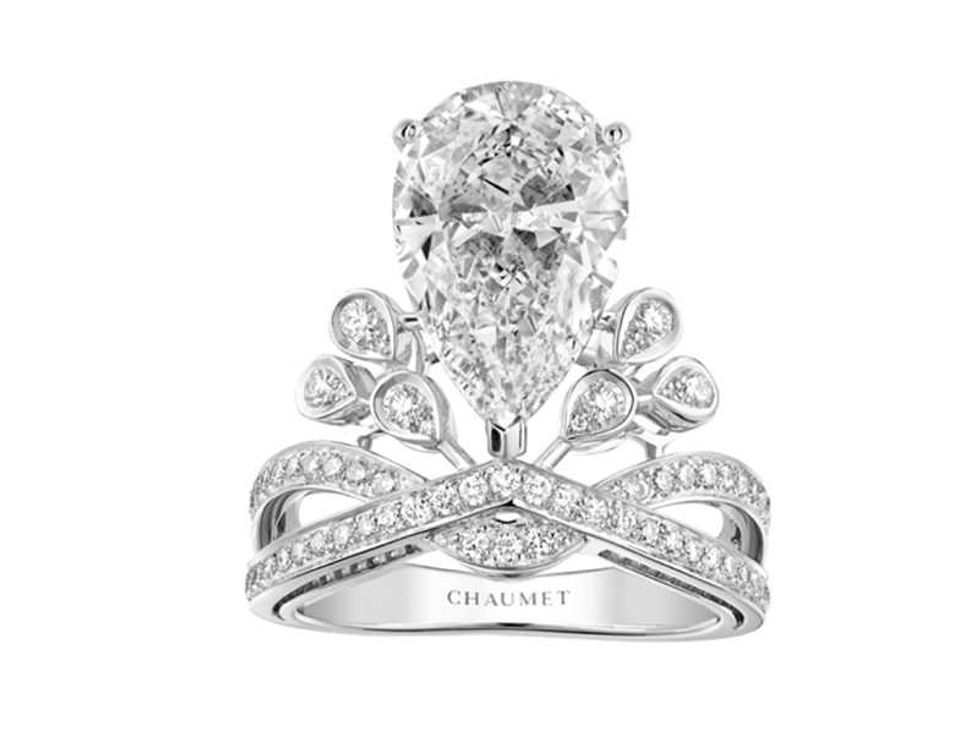 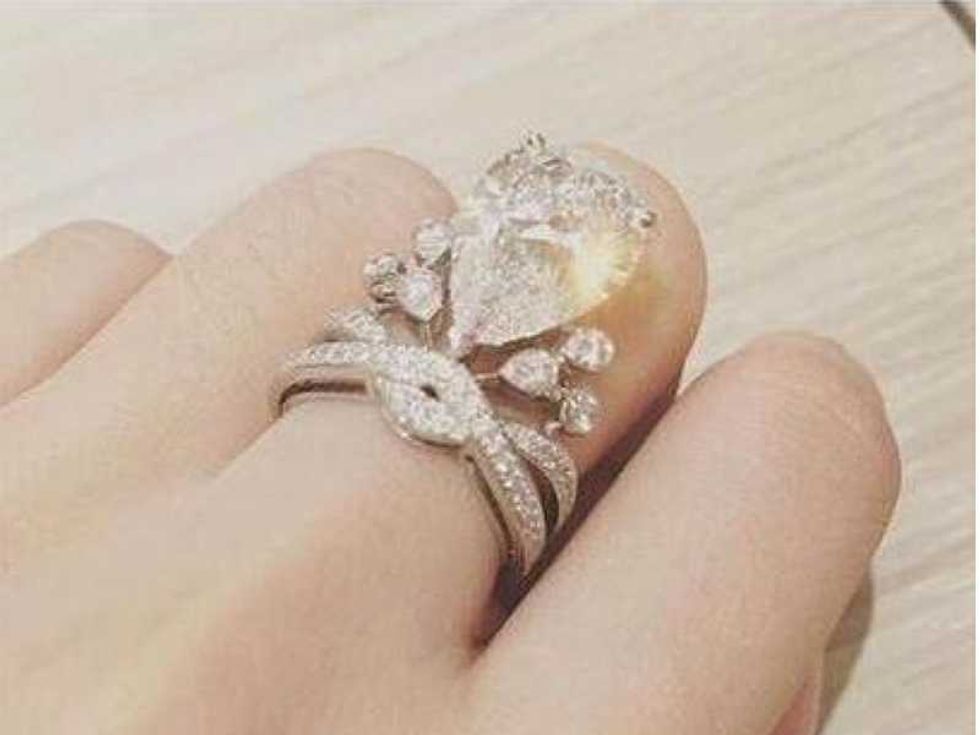 Previous Next
And, just so you can get a good idea of the size of the humungous rock... 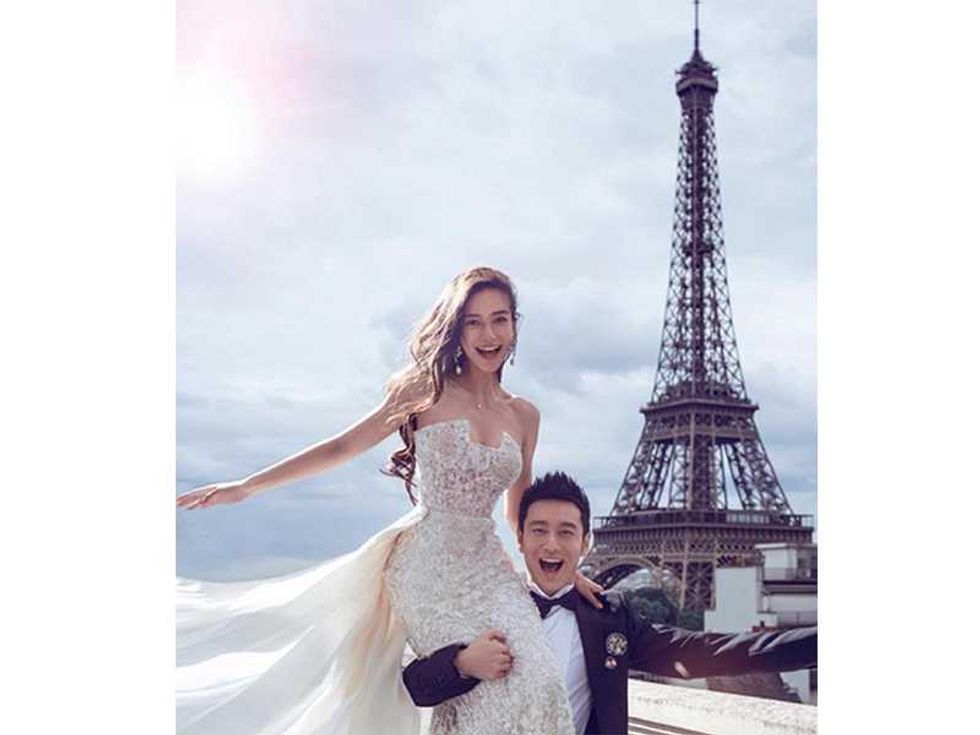 Previous Next
The couple's pre-wedding photo shoot in Paris 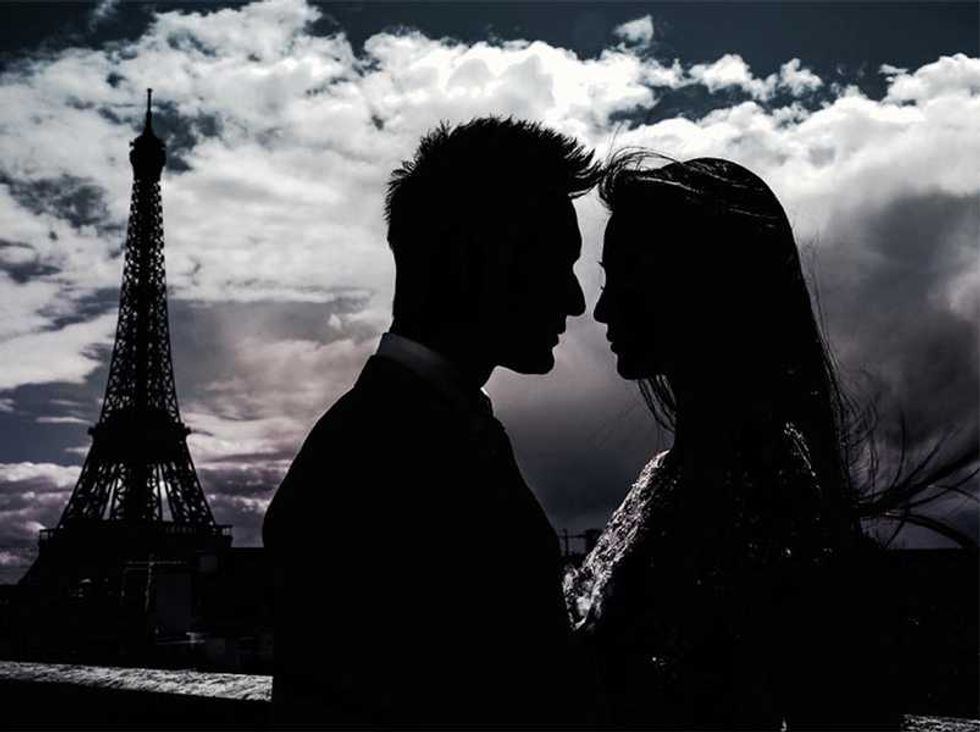 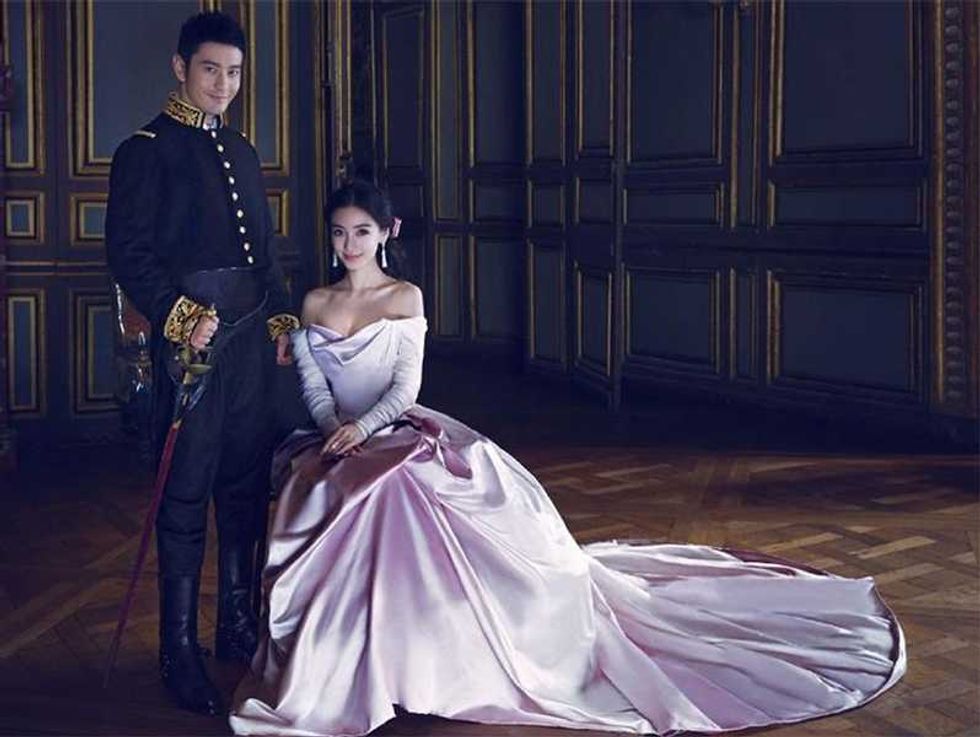 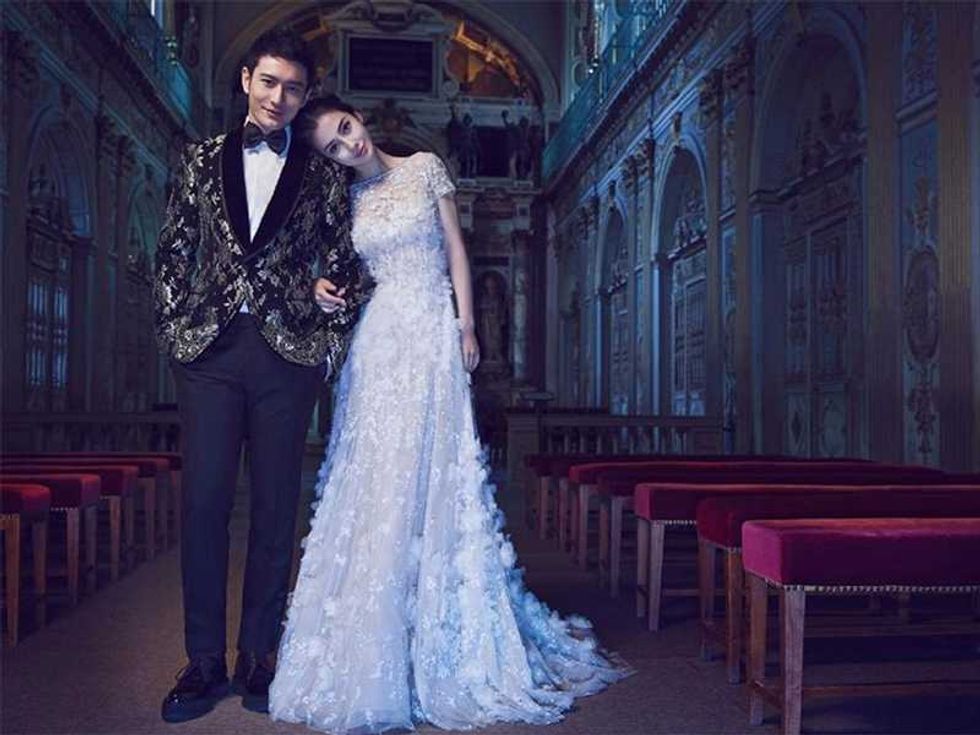 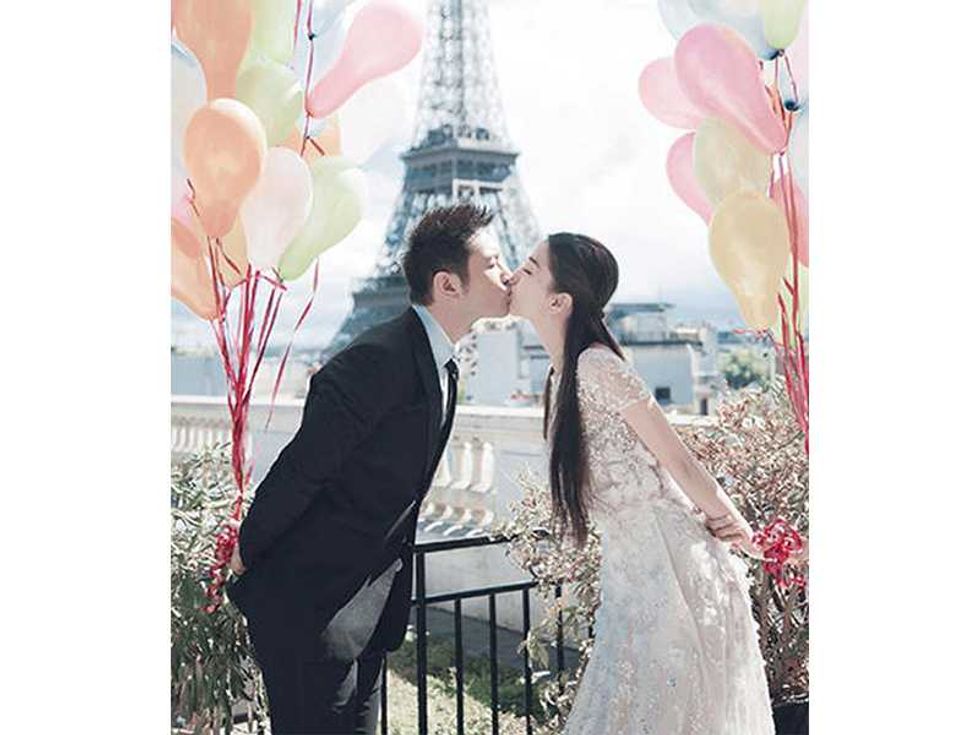 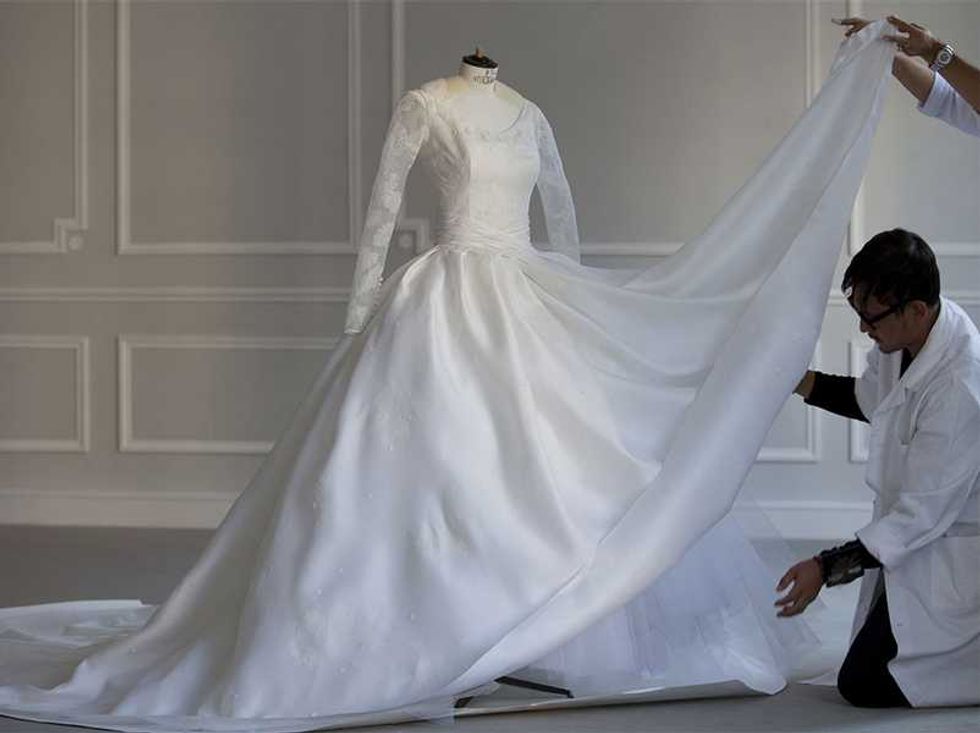 Previous Next
The Dior wedding gown took 5 months to make—and was comprised of 115 feet of ivory satin organza and 165 feet of tulle. There was also a 10-foot-long train and nearly a hundred hand-cut rose bouquets made of Chantilly lace 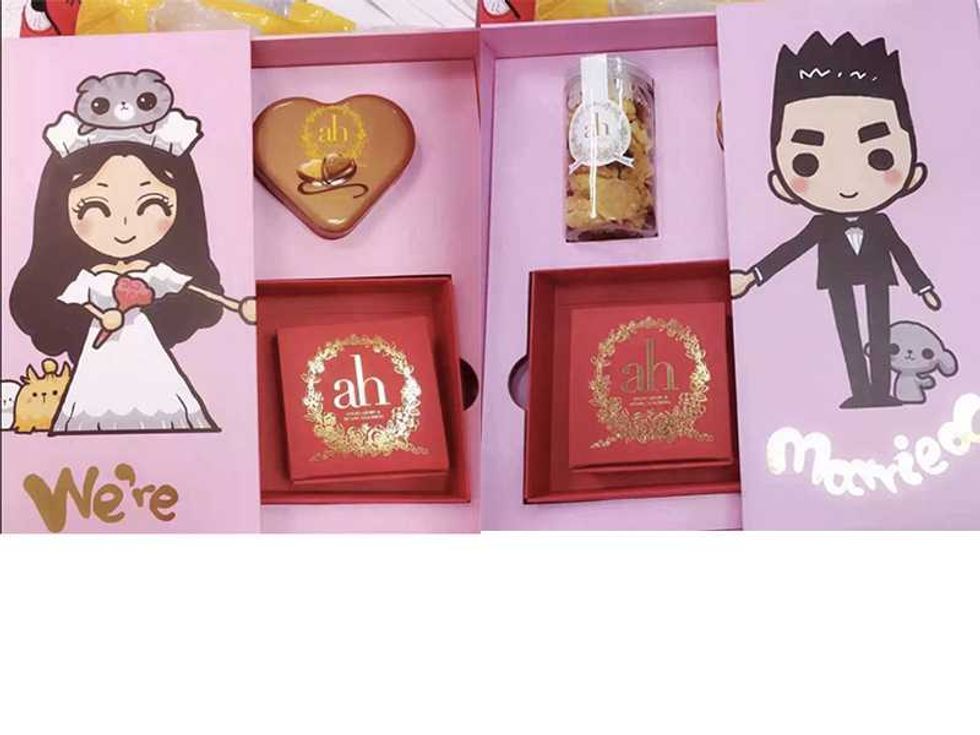 Previous Next
The bride and groom's party favors 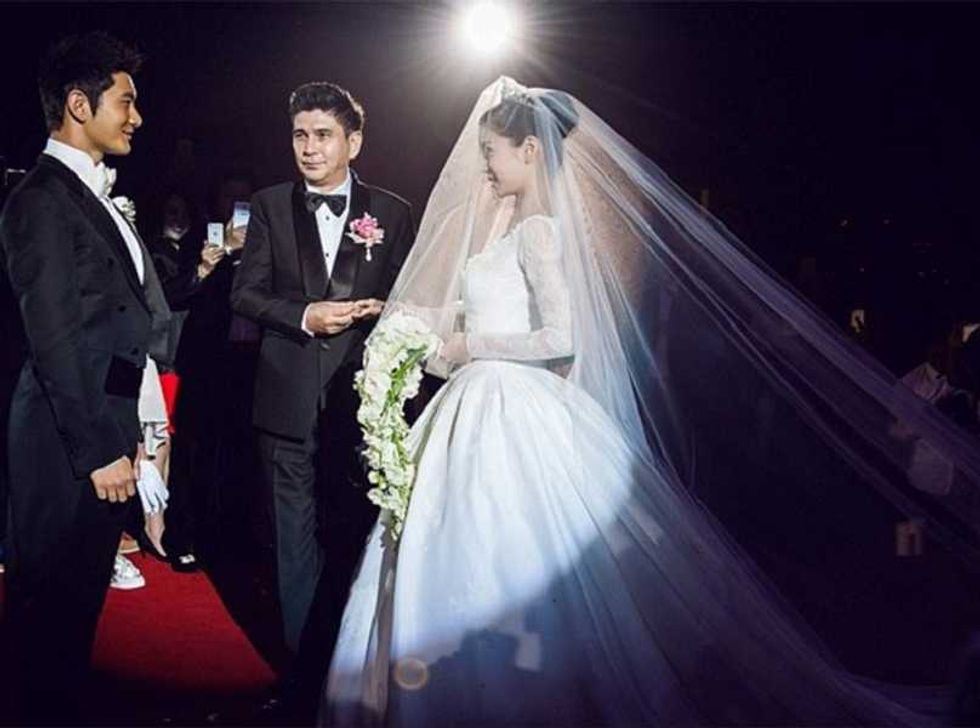 Previous Next
The couple married at the Shanghai Exhibition Center in front of 2,000 guests 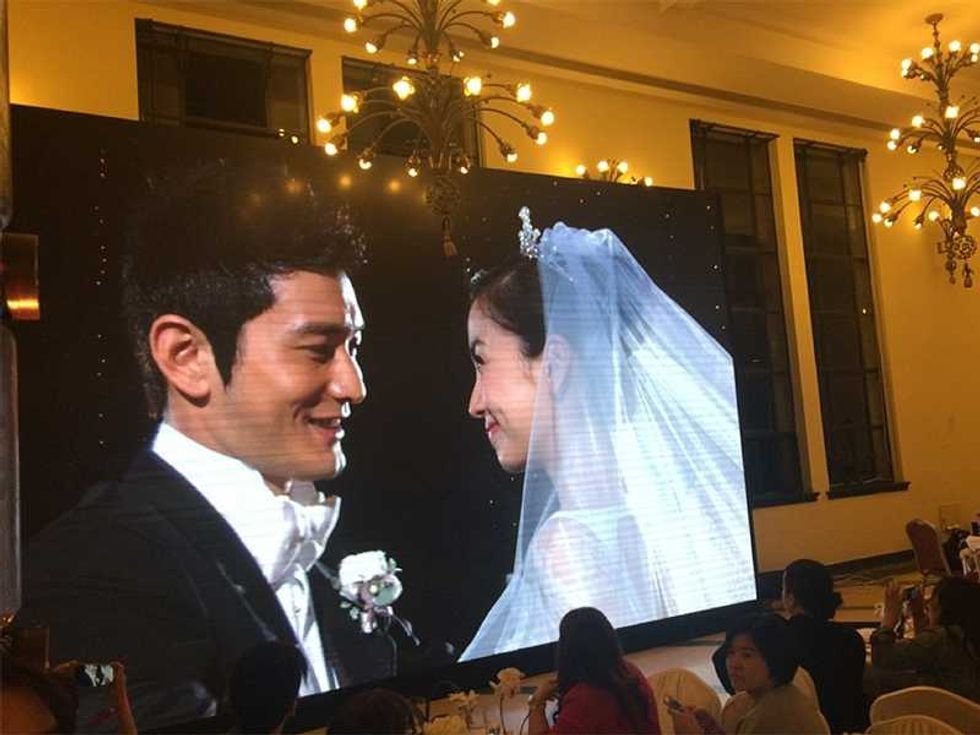 Previous Next
The wedding ceremony was live streamed online.. 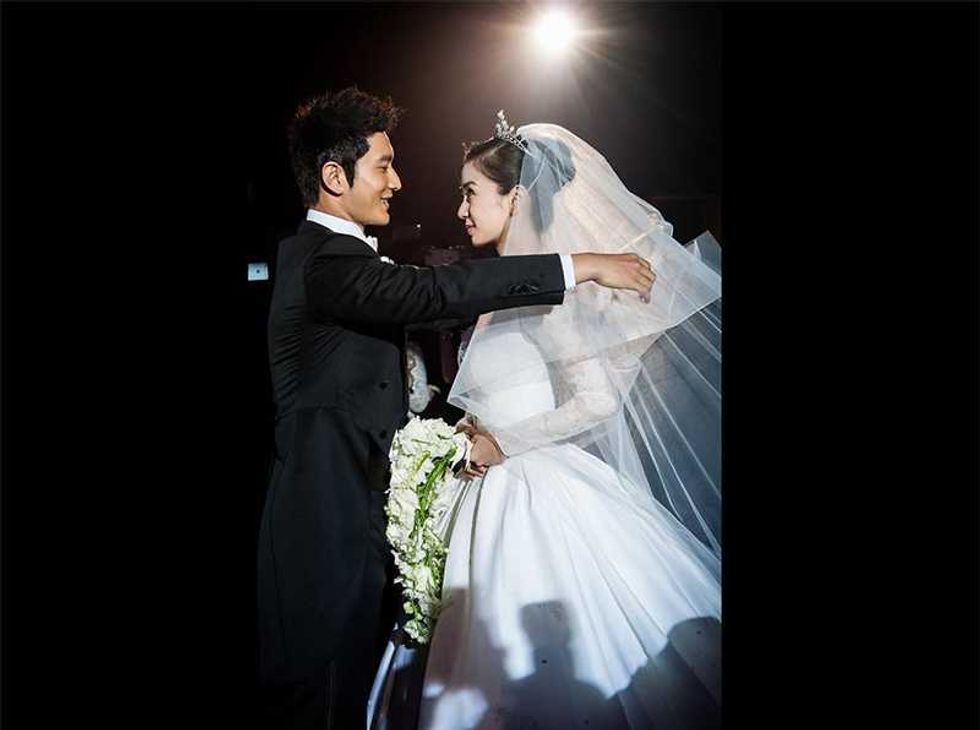 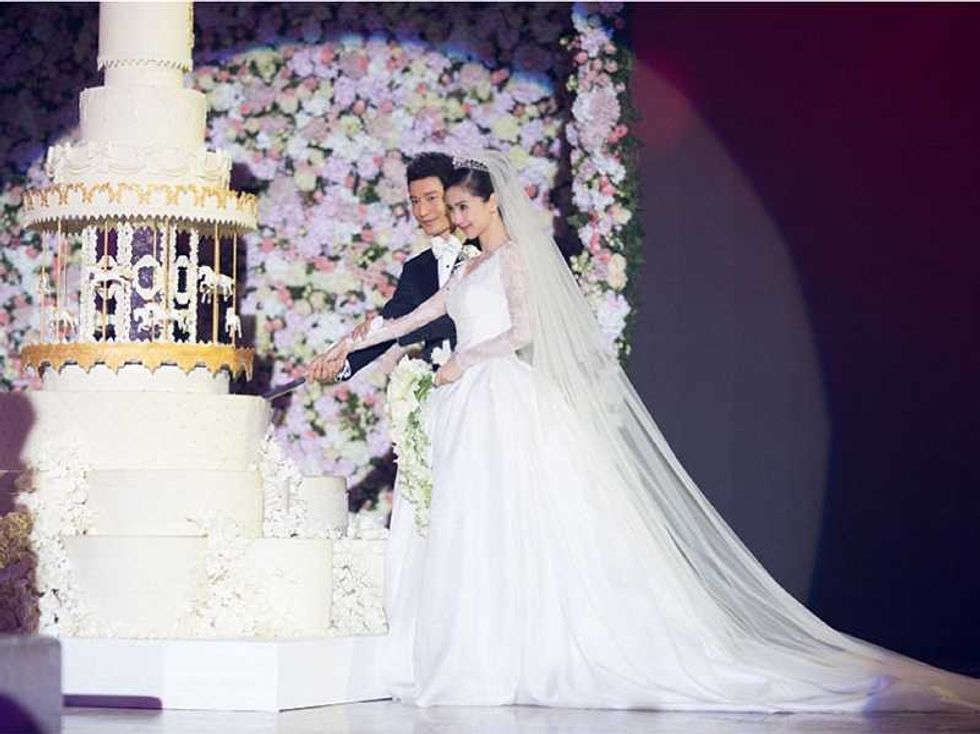 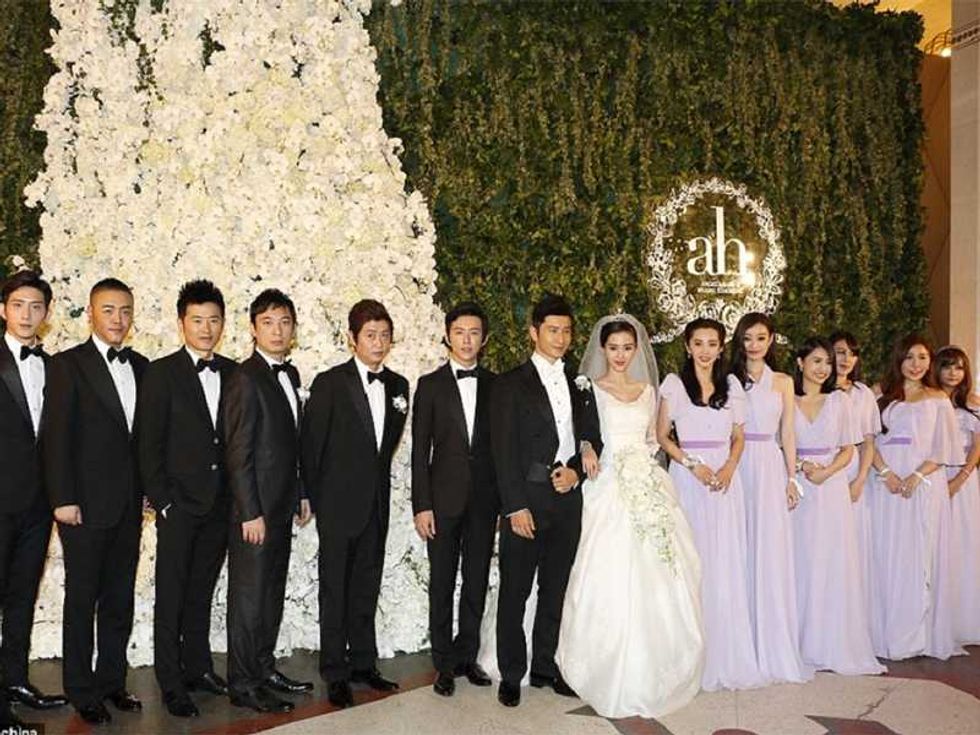 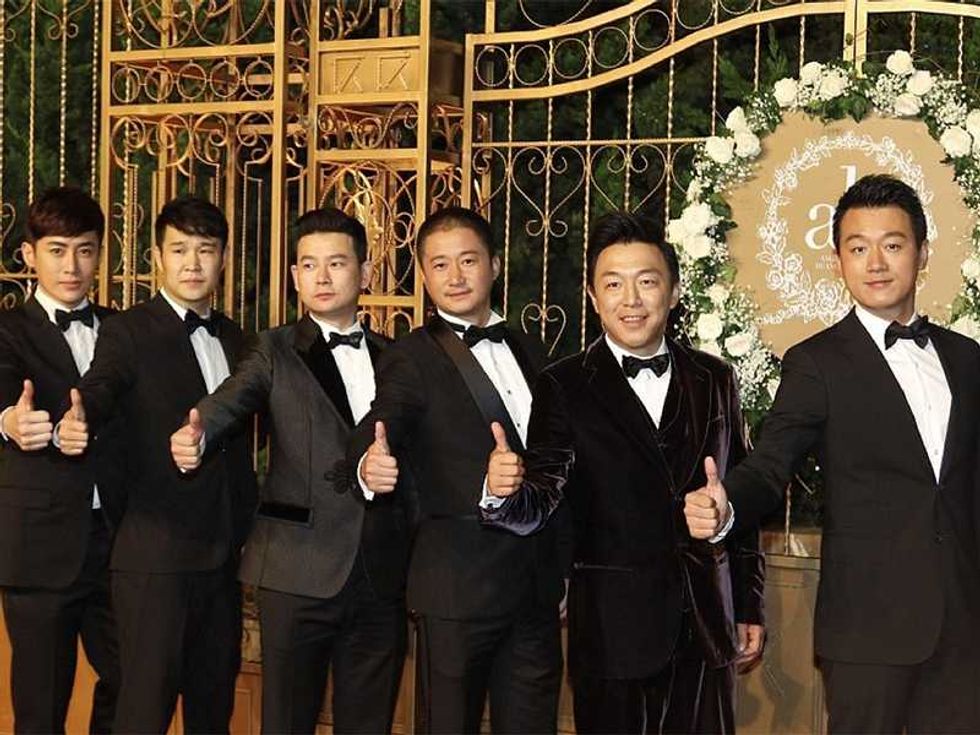 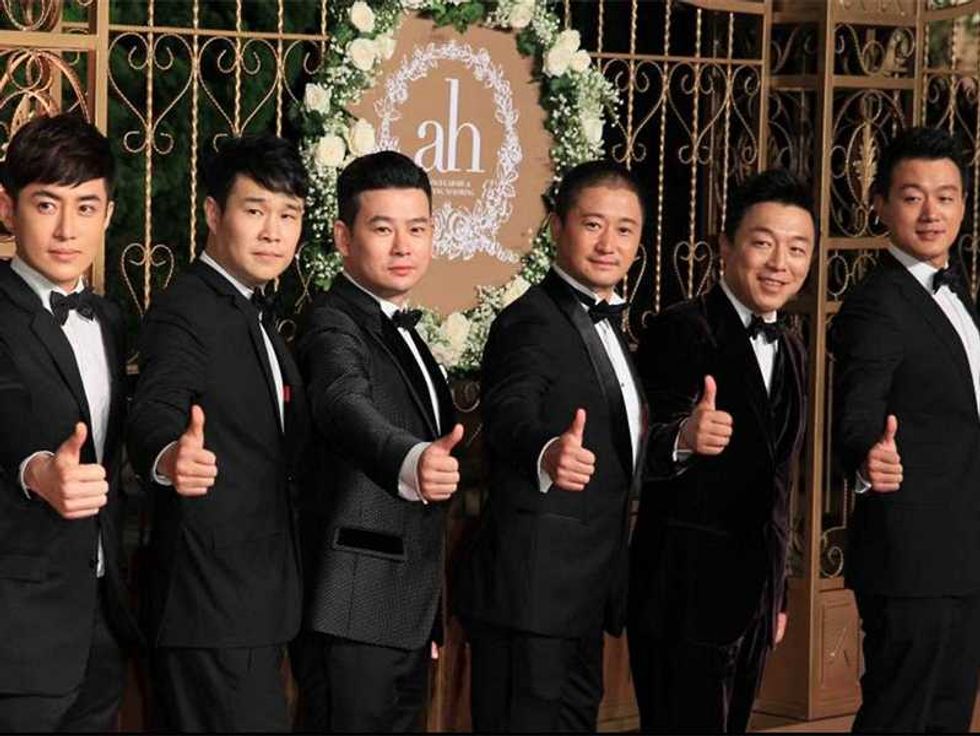 Previous Next
And the groomsmen once again, looking suitably pleased with themselves... 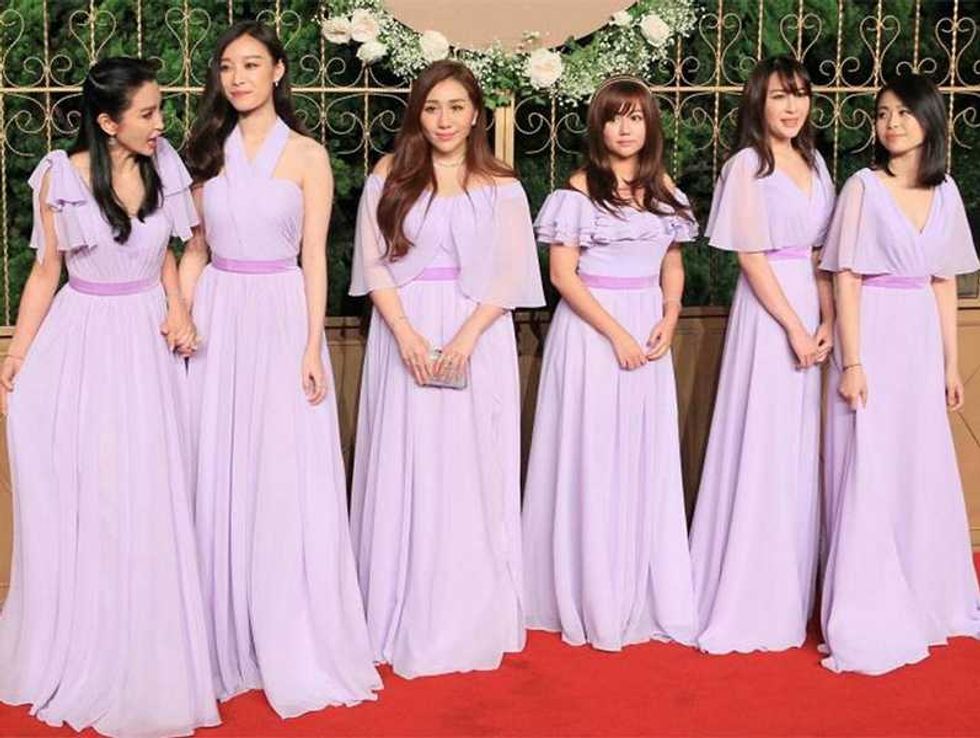 Previous Next
The bridesmaids.... 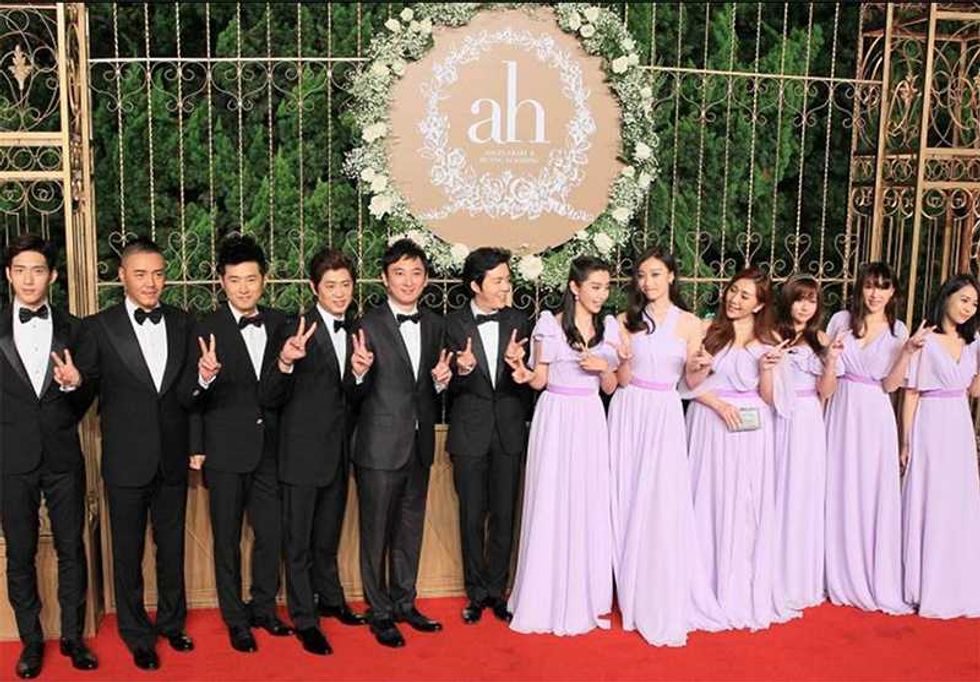 Previous Next
All together now.... 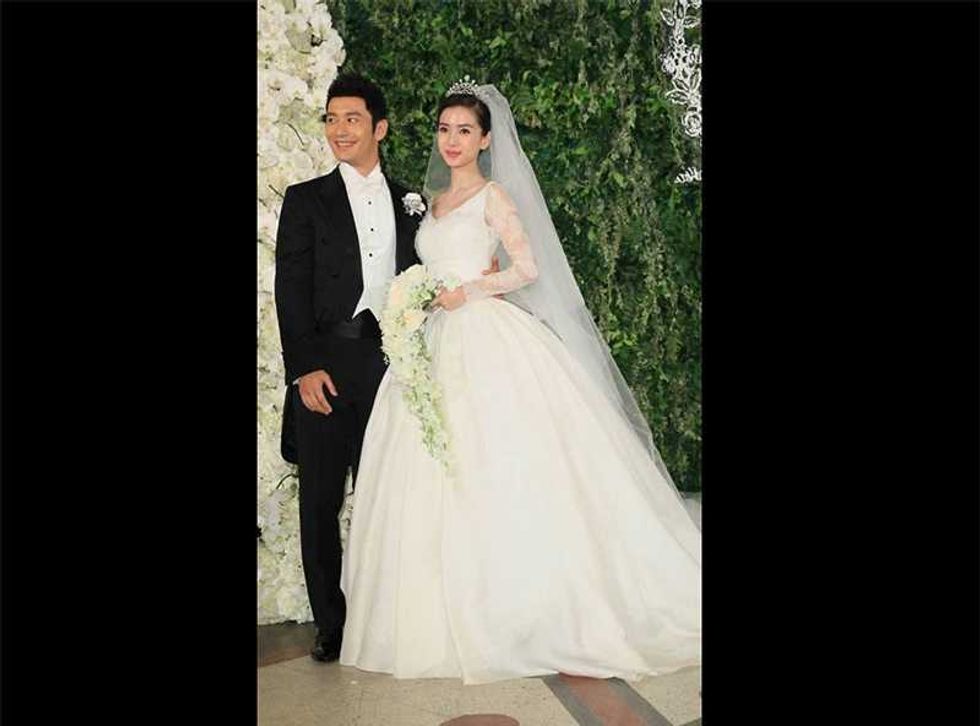 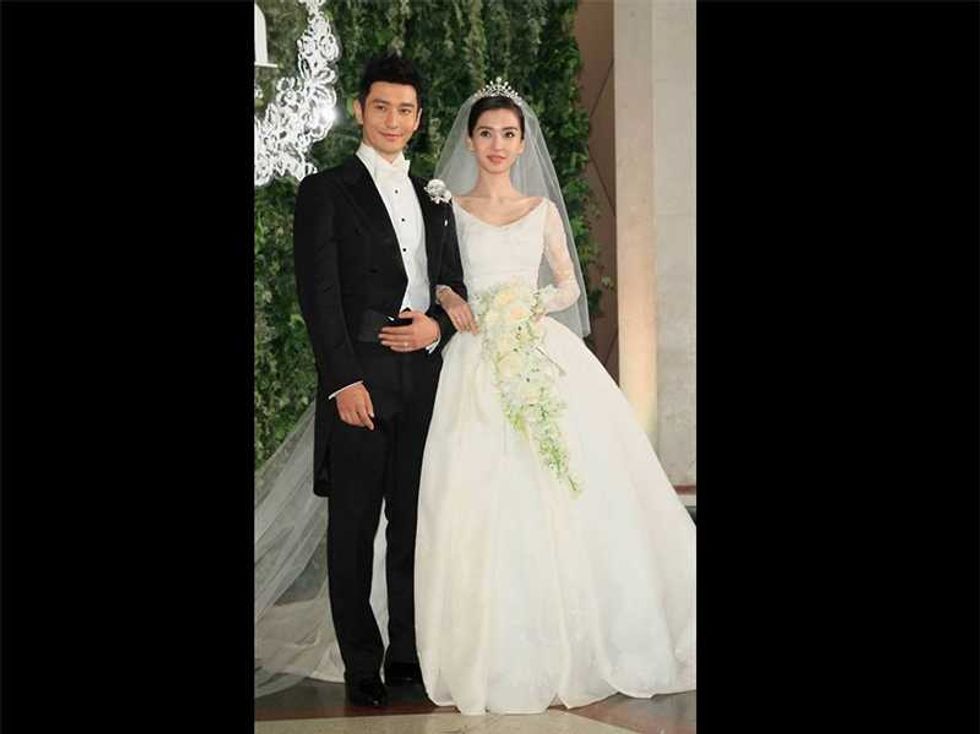 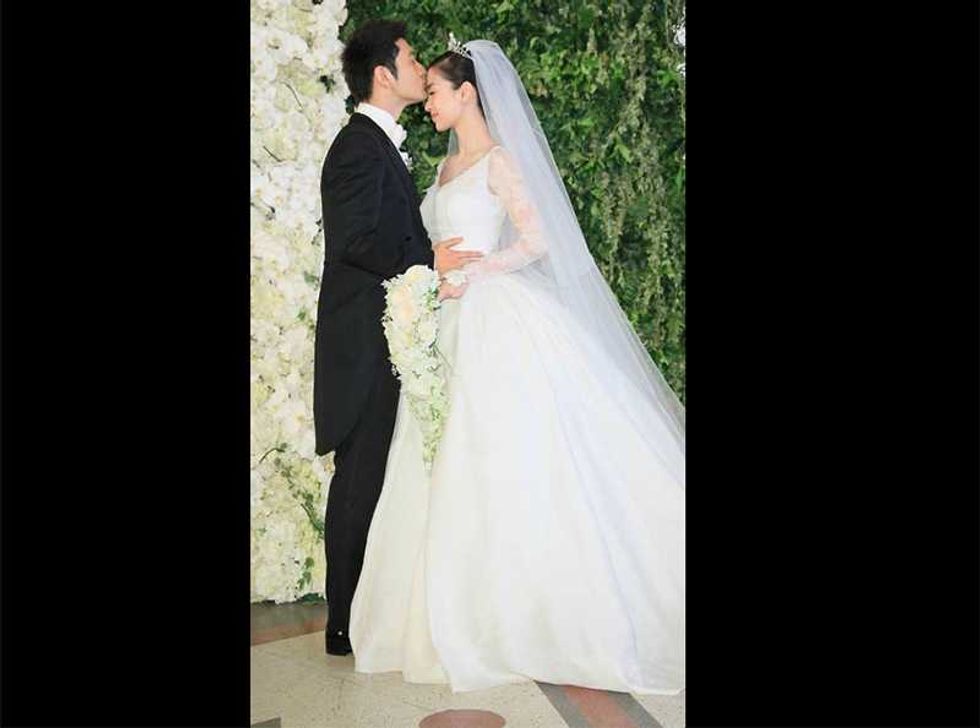 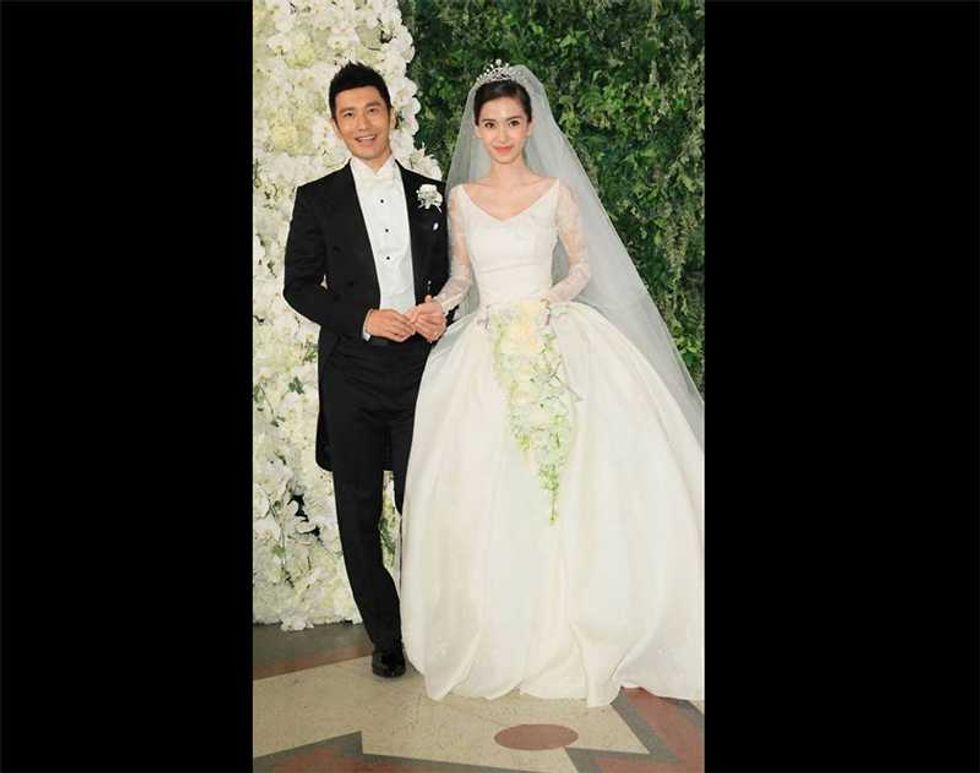 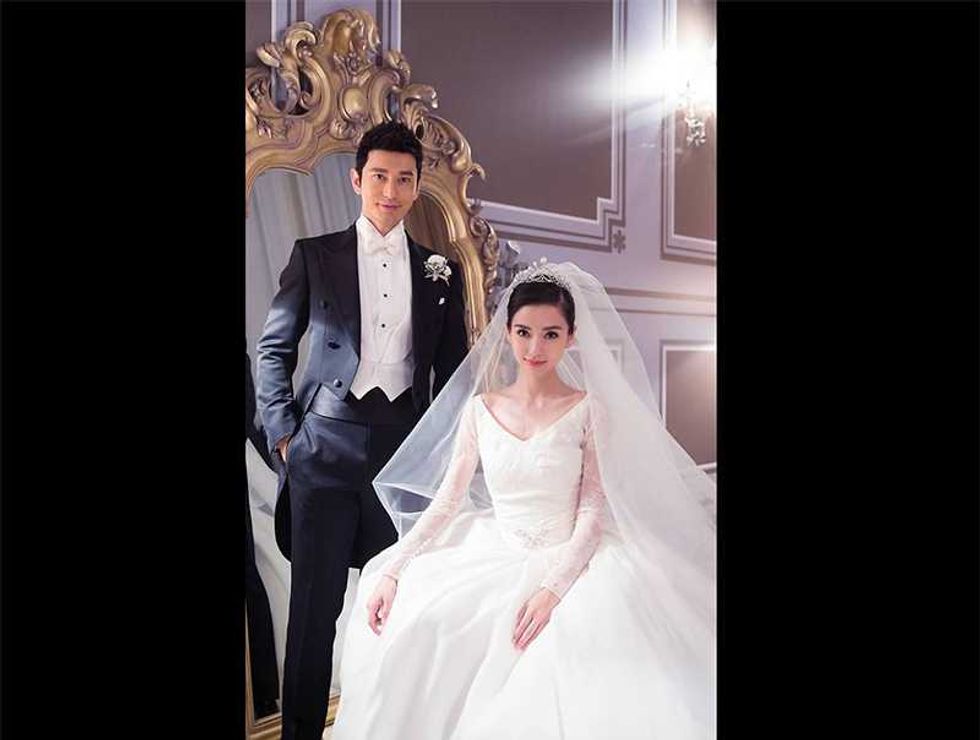 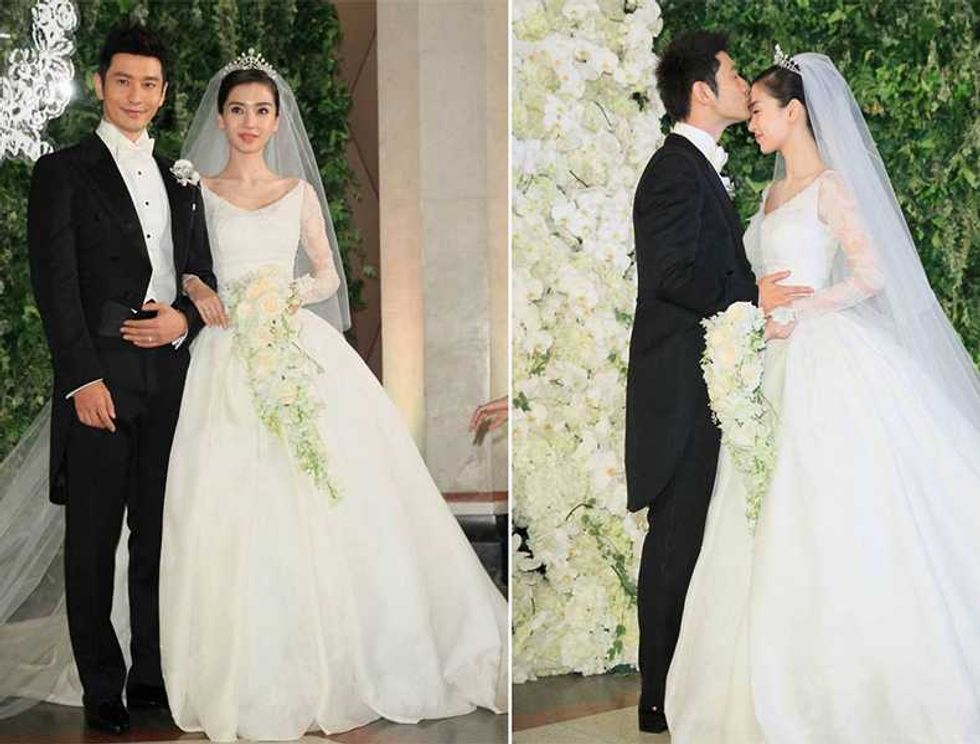 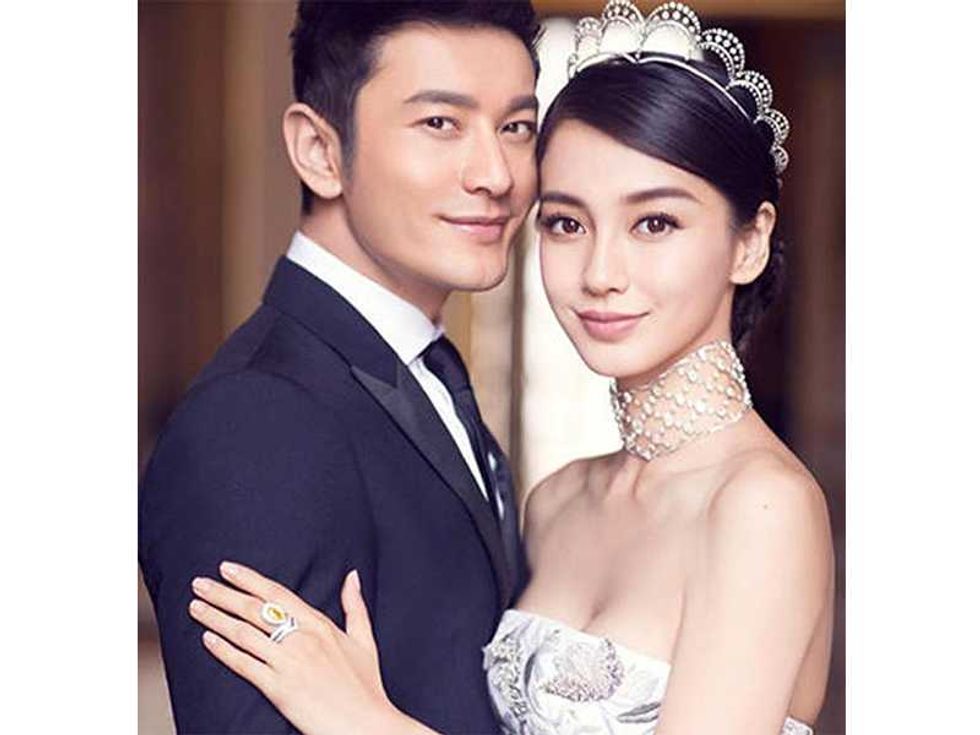 Wanna find out who put the real hustle in American Hustle?

RockPaperPhoto has an amazing collection of fine artwork prints by famed photographer, Allan Tannenbaum, which perfectly encapsulate the glitz and glamor of 1970s New York—Popdust has selected our favorite shots.

While working as staff photographer for The SoHo News in the 70s, the New York nightlife scene was one of the staples of Tannenbaum’s photo beat—and throughout his tenure he captured all the greats of the era.

Jerry Hall, Bianca and Mick Jagger, John Travolta, Warren Beatty, Andy Warhol– and Studio 54 itself – were just some of the leading players whom Tannenbaum immortalized in film.

The 68-year-old’s body of work from his SoHo News days so perfectly captures the spirit and feeling of the times, Michael Wilkinson, the costume designer for American Hustle, credits Allan as being one of the driving influences behind the Oscar-nominated movie’s wardrobe.

Meanwhile, Tannenbaum’s photographic legacy far exceeds just the glitz and glamor of the heady Studio 54 days. After SoHo News closed its doors Allan joined Sygma Photo News Agency where he went on to cover major news stories such as the troubles in Northern Ireland, Operation Desert Storm in Kuwait and Iraq, the Rwandan refugee crisis and the Palestinian Intifada.

Tannenbaum has also photographed covers for Time and Newsweek and has had his photographs appear regularly in Time, Life, Rolling Stone, Paris Match and Stern.

To see more amazing photos by Allan Tannenbaum and to buy fine art prints of his work head to RockPaperPhoto.