If anything, online fitness "journeys" are even eerier than the Peloton woman's.

By now you've probably seen the infamous ad in which a woman receives a Peloton bike for Christmas and then proceeds to make a video diary documenting her "fitness journey."

The ad disoriented Internet users across the board, many of whom called it sexist, critiqued the husband for gifting his already thin wife a Peloton bike, and noted the expression of absolute terror in the wife's eyes.

Let's get one thing straight: "The Gift That Gives Back" is very, very creepy. But the truth is, a lot of the critiques it received are missing the point. What makes the Peloton ad so eerie is the fact that it highlights the problematic cracks that characterize the majority of ads we see.

The Gift That Gives Back | Peloton Bike Commercial www.youtube.com

To refresh your memory, the Peloton ad begins on Christmas morning. In the first frames, the commercial's female protagonist enters the living room of her gorgeous home and sees that her husband has bought her a Peloton bike.

Many critics were horrified at the idea that a man would gift a woman an exercise bike without her asking, and many took issue with this because the woman is slim. Actually, these critiques miss several points.

Firstly, women are constantly sold the idea that they need to lose weight no matter what size they actually are. Capitalism has always profited off women's (and everyone's, really) dislike of their own bodies, and the fact that useless and dangerous diet products are still on the market—and are still being sold by people as influential as the Kardashians—is proof of this.

While people don't typically surprise their significant others with weight loss equipment, normally they don't have to. The desire to change and dislike one's body is already ingrained in most women's minds, tattooed there by advertisements and corporations that usually operate much more insidiously and subtly than the Peloton ad. Most of the time, societal expectations will have given women eating disorders long before their husbands buy them exercise bikes.

The argument that the husband in the commercial shouldn't have bought his wife a Peloton because she's slim is even more misguided. Why would it be more acceptable for a man to buy his fat wife a Peloton? Wouldn't that be even more critical and judgmental? Also, of course, slim people can be out of shape—and most in-shape people would probably appreciate having their own high-tech exercise bike. Needless to say, exercise is healthy for everyone's body and mind regardless of one's health and appearance. The idea that we should only be exercising to lose weight or to alter our appearances is a dangerous concept in and of itself, one that promotes unsustainable mindsets and unhealthy fatphobia.

Of course the gender roles in the commercial are sexist and old-fashioned, but we can't blame the entire thing on the husband (and we definitely shouldn't blame the male actor, who recently spoke out in hopes that the commercial wouldn't hurt his chance at getting jobs). It's old news to say that men sometimes treat women like objects, and a little feminist ethos isn't going to scrape this out of our collective consciousness. 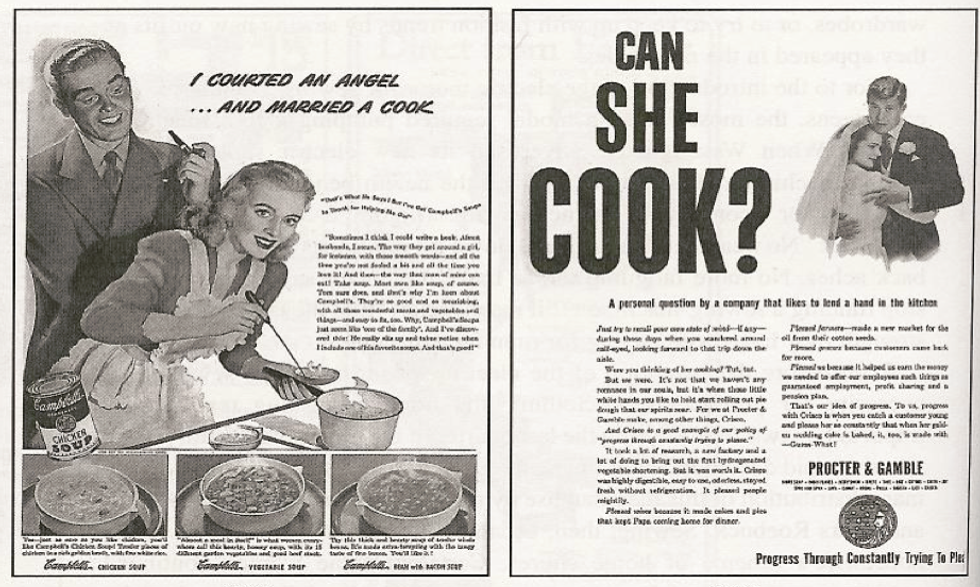 If the woman had bought this Peloton with her own money, would that have made everything better? If she hadn't filmed herself and exposed her horror, would it have been better? If capitalism is disguised as empowerment, self-help, tradition. and freedom, does that make it okay?

Many people took issue with the ad because of the weirdness of its plot, particularly its video-diary aspect. The female protagonist who receives the bike appears to film herself working out for an entire year, and then on the next Christmas Day, she gifts her husband with a compilation video in which she thanks him for the present.

According to Amy Hoy on Twitter, the ad's main issue isn't its sexism but rather its structure. The main thing that made the ad so awkward, she argues, was the fact that the woman in it seems to be speaking not to her husband, or to herself, but to us. "The scriptwriters actually wrote OUR PERSPECTIVE to be the husband's perspective," she writes. "All her work… is for us… We get turned into a character we didn't ask for, looking out at a world that isn't ours, being pandered to in a way that feels super gross." This voyeurism, because it's so disorienting, seems "gross because we feel gross because she made that scared face AT US."

This is true: The Peloton ad shatters the fourth wall. But isn't that disruption the goal of all advertisements, and of all stories in the end? When characters or bloggers interact with each other on screen or on Instagram livestreams, they're not doing it for themselves. They're blogging or speaking in order to reach someone and to communicate a story.

The problem is that when sales are the objective, stories fall apart and humans lose their humanity, consumed by algorithms and trends. Usually, we just can't see this as clearly––the people selling us products typically smile instead of staring out into the glowing ether of the screen with a look of raw terror in their eyes, making us feel implicated and guilty.

the fucking sinister levels of mental manipulation that finally teetered over the brink and made people realize how… https://t.co/nMwQWAAu73
— jessica a.m. ☂ (@jessica a.m. ☂)1575601823.0

In my opinion, the fear in the Peloton woman's eyes is the most visibly disturbing aspect of the commercial. She really does look like someone is holding a gun to her head, and for good reason, because she appears to be living a dystopian existence. It makes sense that the ad has been compared to the Black Mirror episode "Fifteen Million Merits," in which people ride exercise bikes all day in order to earn a currency (and hope to win a spot out of their servitude via reality TV success).

All in all, the commercial takes the worst of the Instagrammer era, combines it with 1950s-style gender roles, and wraps it together with a bow of millennial anxiety and existential terror. No wonder the Peloton market value has tanked.

Undeniably, the whole thing is uncomfortable to watch. But... are this woman's actions so different from those of fitness bloggers and Instagrammers who constantly document their "fitness journeys," sell their personas as commodities, and pressure millions of followers into buying products they're commissioned to post about? If anything, online fitness "journeys" are even eerier than the Peloton woman's, because the latter are usually persuasive and relatable. They're designed to make you feel bad about yourself for not looking or feeling a certain way in order to sell impossible body images and wellness standards and, most insidiously, to perpetuate pre-existing power structures.

This isn't just a weight loss thing: It happens across the board, in fashion, in the arts, in everything where advertising is involved.

All media funded by someone trying to sell you something is going to attempt to convince you that what they offer will make your life better somehow. That's the golden rule of advertising, and the secret behind all human interaction, in a way. Normally, humans make each other feel loved by making each other feel seen and recognized and by helping each other grow. But advertisements and capitalism devour and distort these natural impulses, promising that we'll feel loved and happy and seen if and only if we buy this product or attain this artificial moniker of success or this level of wealth.

This brings us to the final and most important critique of the Peloton commercial.

Why Peloton: The Capitalist Critique

Despite whatever internal weirdness is going on between the Peloton husband and wife, the family in the Peloton video appear to be the epitome of privilege. They live in a beautiful, hyper-modern home, and the husband has the ability to purchase a $2,294 bike on a whim.

Opinion | Caira Conner: "What seems to be at the heart of the social media furor is what the video actually represe… https://t.co/SxKuzmHYfp
— NBC News (@NBC News)1575600185.0

Many people have taken issue with the price of the bike, which is exorbitantly expensive. Then again, many gym memberships cost this much in a year, and Peloton has actually sold well with middle-class people who struggle to access gyms or wellness communities. And of course, for the owning and billionaire classes and for the one percent, this price is almost nothing.

Yet we don't complain when we see ads for much more expensive jewelry or homes or designer clothing. They slip by, fading into the background noise that hums at the edges of our lives, constantly whispering about everything that we are not but could be if we just worked a little harder and made a little more money.

So what about the Peloton commercial is so horrible that it managed to actually get under our skin? 2019 has already seen a lot of controversial ads that hit nerves for everything from racism to plagiarism. Why is this the ad that's suddenly awoken us? Are we just now realizing that maybe the rich shouldn't be allowed to have everything they have, and that a lot of capitalism is bullsh*t? That some people struggle to make ends meet every day, or find themselves tanked in debt because they got sick and didn't have health insurance, or were sold bad drugs by greedy corporations, or find their homes flooded because these same corporations paid to distort facts about climate change? That capitalism profits off our insecurities and selfish self-loathing by manufacturing these things?

I'm probably going a little too far for an analysis of a Peloton commercial. Obviously Peloton did not single-handedly invent capitalist systems of oppression. Plus, many of us have known this stuff for a while, and admittedly it's much easier to critique capitalism than actually take action against it—and action is certainly what we need.

Regardless, let's not think for a second that the Peloton ad is misrepresenting the way that women feel in this world, or the way the wealthy live, or the way that capital drives dangerous, bizarre, completely unnatural expectations and habits. The Peloton commercial isn't dystopian (or maybe we're just living the dystopia right now). It's probably one of the most raw and real things on TV right now, and if it's terrifying you, maybe it's time to ask yourself why.

From Your Site Articles
Related Articles Around the Web
peloton